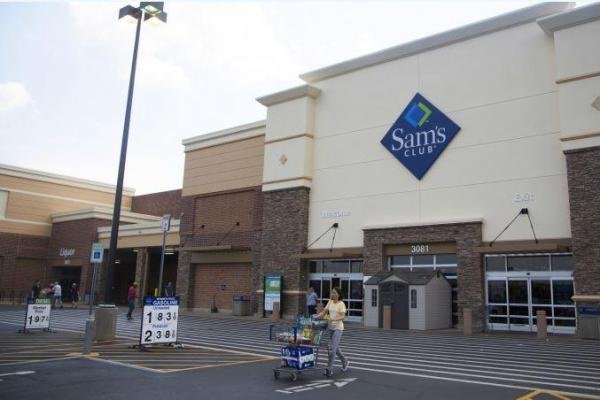 Walmart announced Thursday it is closing 63 Sam’s Club stores across the United States, leaving workers at the membership club without jobs.

Ten locations for the warehouse club spinoff of Walmart closed immediately and will become e-commerce distribution centers, according to Business Insider, which listed store closings it knows about. The remaining places will remain open for a few weeks.

“After a thorough review of our existing portfolio, we’ve decided to close a series of clubs and better align our locations with our strategy,” Sam’s Club posted on Twitter. “Closing clubs is never easy and we’re committed to working with impacted members and associates through this transition.”

Employees in some cases were informed of the closings while arriving to work Thursday, KHOU-TV in Houston and KENS-TV in San Antonio reported.

“Club is closed today so we could inform our associates so we gave them the day off and closed the club. We will reopen the club tomorrow,” Anne Hatfield, director of communications for Walmart’s public affairs, said in a statement to KENS.

At one Sam’s Club in San Antonio, employees told KENS the store will close for good on Jan. 26. On Friday, it will offer 25 percent off on everything except for alcohol, tobacco, batteries and tires.

Sam’s Club, which has 100,000 associates, operates more than 650 membership warehouse clubs in the United States, according to its website. The first Sam’s Club, founded by Sam Walton, opened on April 7, 1983, in Midwest, Okla.

The closings announcement comes on the same day Walmart said it will raise the hourly wage to $11 per hour and employees with at least 20 years at the company will receive a one-time cash bonus of $1,000