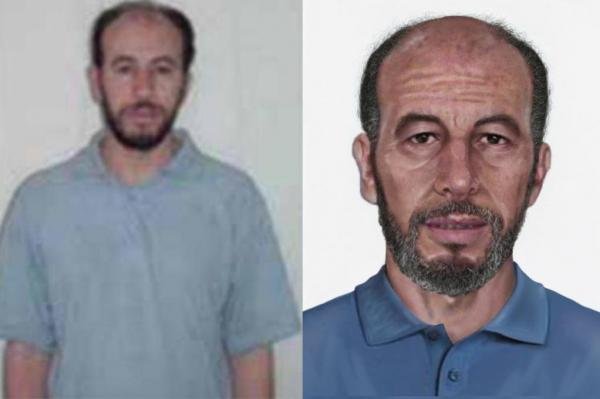 The FBI on Thursday released age-progressed photos of four escaped prisoners involved in the 1986 hijacking of Pan American World Airways Flight 73 that resulted the deaths of 20 people in 1986.

The four men, Wadoud Muhammad Hafiz al-Turki, Jamal Saeed Abdul Rahim, Muhammad Abdullah Khalil Hussain ar-Rahayyal and Muhammad Ahmed al-Munawar, along with one other man, Zayd Hassan Abd al-Latif Safarini, were convicted in 1988 of hijacking the Boeing 747-121 while it was on the ground at Jinnah International Airport in Karachi, Pakistan. The plane had just arrived from Mumbai, India, and was about to take off for Frankfurt, Germany.

The men, part of the Abu Nidal Organization, then considered a terrorist group by the U.S. government, killed at least 20 passengers and crew members, and injured more than 100.

The five men received life sentences in Pakistan, and Safarini was transferred to the United States where he was sentenced to 160 years in prison.

In 2008, al-Turki, Rahim, ar-Rahayyal and al-Munawar escaped from prison in Pakistan. The U.S. State Department authorized a reward of up to $5 million each for information leading to their arrest and/or conviction.

The FBI Laboratory used age-progression technology on photos of the four men taken in 2000.