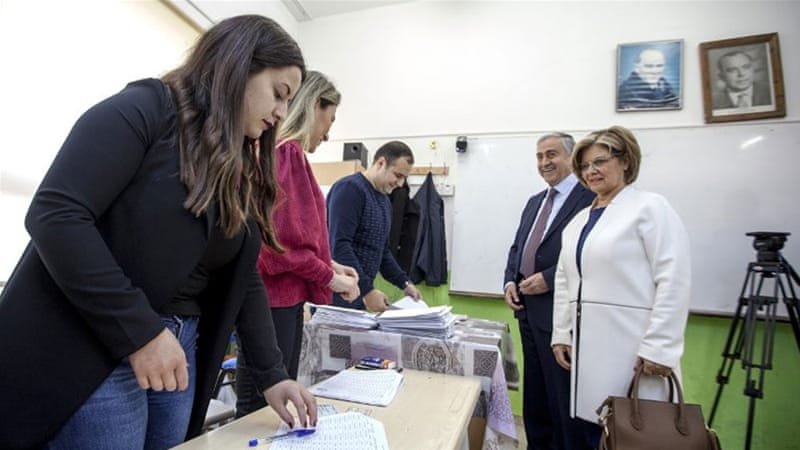 The Turkish Republic of Northern Cyprus (TRNC) is poised for another coalition government, after none of the parties managed an outright majority in the snap parliamentary elections, according to unofficial results.

The conservative National Unity Party (UBP), led by Prime Minister Huseyin Ozgurgun, came in first place – with 36 percent of the votes – ahead of the centre-left, pro-unification Republican Turkish Party (CTP) at 21 percent, local media reported on Monday, based on an unofficial count.

The UBP, which has been in power for 27 years, since the establishment of the TRNC, will need to form a coalition government again in the 50-member parliament.

“The UBP has emerged as the biggest party by a wide margin,” Ozgurgun said while declaring victory on Monday. “We are preparing for new days with the power the people have given to the UBP.”

Official results for Sunday’s vote are expected to be announced late on Monday.

More than 190,000 people were registered to vote. Ballots were cast at more than 700 polling stations across the country.

The TRNC, which has a functioning parliament and state institutions, unilaterally declared independence in 1983, breaking away from the Republic of Cyprus, and is only recognised by Turkey.

Cyprus had been practically divided since 1974, when Turkey militarily intervened on the island in response to a brief Greek-inspired coup.

The UBP, which was the largest partner of the previous right-wing coalition with the DP, has traditionally advocated for keeping good relations with Turkey.

The party wants to maintain the Mediterranean island’s status quo, rather than settling the long-standing dispute to reunify Greek and Turkish Cypriot parts.

Along with the right-wing DP, which was founded by ex-UBP members, the UBP gave hundreds of TRNC citizenships to Turkey nationals weeks before the poll, in a move seen as a bid to increase its voter share.

Since the establishment of the de facto TRNC, the north has been described as the “occupied part of Cyprus” by the United Nations Security Council.

Repeated diplomatic efforts to end the partition have failed, as did the latest round of talks in Switzerland in July to reunify the island, despite efforts by UN Secretary-General Antonio Guterres.

Borussia Dortmund bus bombing suspect ‘did not intend to kill’