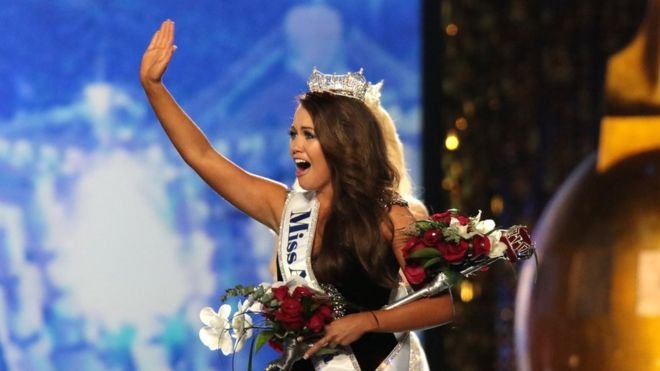 The Miss America group is seeking the help of former pageant winners and directors, after a scandal over vulgar emails disparaging contestants.

In the emails, published by the Huffington Post, pageant officials made degrading remarks about past winners’ appearance, intellect, and sex lives.

Executive director Sam Haskell, president Josh Randle, and other board members resigned over the scandal.

Now the group is reaching out to former Miss Americas to help find new leaders.

Dan Meyers, the interim board chairman, said the group wanted former winners to recommend members for a search committee that would determine the group’s future leadership structure.

In a statement to the Associated Press, he said: “The board wanted to have a process that was unprecedented in terms of openness, transparency and inclusion. Given the turbulent nature of leadership transitions, asking all the stakeholders to be a part of this process was the best way.”

The leaked emails contained three years worth of messages between Mr Haskell and other pageant officials.

They referred to contestants by a vulgar term for female genitalia, expressed a wish that one particular Miss America had died, and speculated about the number of sex partners another had had.

Under the new plan, the search committee would be made up of seven members – four people recommended by former Miss Americas and state directors, one former state title holder named by the current board, and two board members, AP reported.

Responding to the news, some former winners called for a complete replacement of the existing board.

“At this time all remaining members must step aside so we can take our beloved program back,” 1977’s Miss America, Dorothy Benham, told AP.

“They have underestimated the strength, intelligence, and determination of the women who have worn the Miss America crown, as well as every young woman who is currently wearing, or has worn the local and state crown. We stand united,” she said.

Jennifer Vaden Barth, a former Miss North Carolina, said: “The board needs to accept responsibility for the damage they have caused. They need to step aside quickly and allow new leadership to save the Miss America program.”

Journalist and Miss America 1989 Gretchen Carlson criticised the move, saying it “pays lip service to groups of stakeholders, while guaranteeing that the majority of the current board will stay on”.

The outrage that followed the leaked emails cost the Miss America Organization its main sponsor, Dick Clark Productions, which cut ties with the pageant.

Dick Clark Productions said in a statement that it had been made aware of the emails “several months ago” and was “appalled by their unacceptable content”.