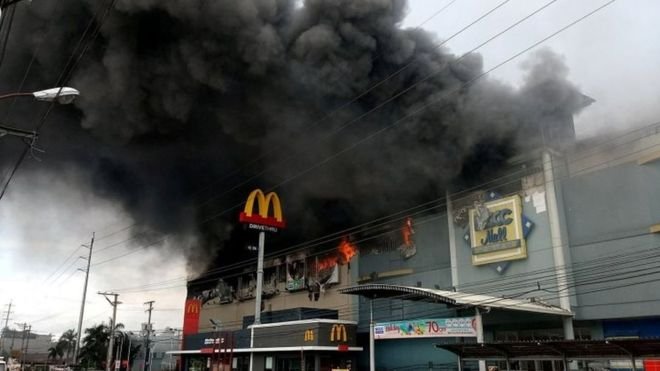 At least 37 people are feared to have died in a fire that tore through a shopping mall in the southern Philippine city of Davao, local officials say.

Firefighters battled for hours to extinguish the blaze that started on the third floor and spread to the floor above, trapping call centre employees.

President Duterte, a Davao native, met families of the missing outside the burning NCCC mall.

The cause of the fire, which began on Saturday morning, is being investigated.

Davao lies about 800km (500 miles) south-east of the capital Manila.

The fire comes as the country is coming to terms with a deadly tropical storm.