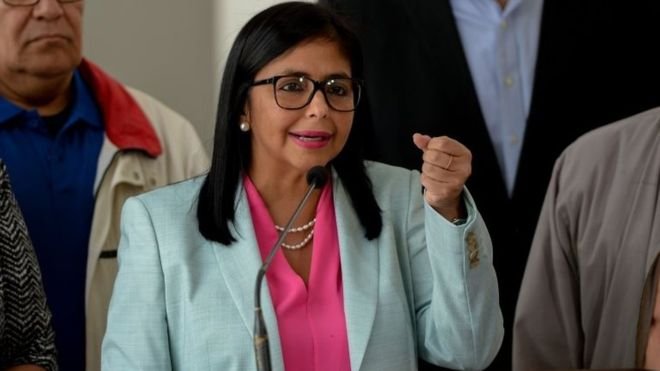 The move was announced by the head of Venezuela’s powerful Constituent Assembly, Delcy Rodriguez.

Ms Rodriguez accused Canada of interfering in Venezuela’s internal affairs and Brazil of violating the rule of law.

The decision to expel Ambassador Pereira may have been triggered by Brazil’s recent complaint that President Nicolás Maduro was “constantly harassing the opposition”.

He replaced the left-wing leader, Dilma Rousseff, who was dismissed by Congress for tampering with the budget to hide a growing deficit.

Her impeachment angered leftist leaders across the world, including Mr Maduro, who described it as a “right-wing coup”.

“Diplomatic relations with Brazil will not be restored until the government reinstates the constitutional order it has effectively broken,” said Ms Rodriguez at a news conference.

Relations with Canada have also been difficult for months.

Foreign Minister Jorge Arreaza said in November that the sanctions were illegal and accused the Canadian government of “shameful and utter submission to Donald Trump’s administration”.

Canada and Brazil are among many countries critical of Mr Maduro’s decision to convene a Constituent Assembly, which effectively replaced the opposition-controlled National Assembly.

The opposition boycotted the poll in July and also held an unofficial referendum in which they said more than seven million Venezuelans voted against the constituent assembly.

The European Union and major Latin American nations have said they will not recognise the new body.

The US imposed sanctions on Mr Maduro and the Trump administration labelled him a “dictator”.

Mr Maduro’s six-year term ends in 2019. He is due to run for re-election next year.

The opposition has accused Mr Maduro and his predecessor, the late Hugo Chavez, of destroying the country’s economy with their socialist policies.

Venezuela has one of the world’s highest inflation rates and for years has suffered from a shortage of basic goods, including medicines.