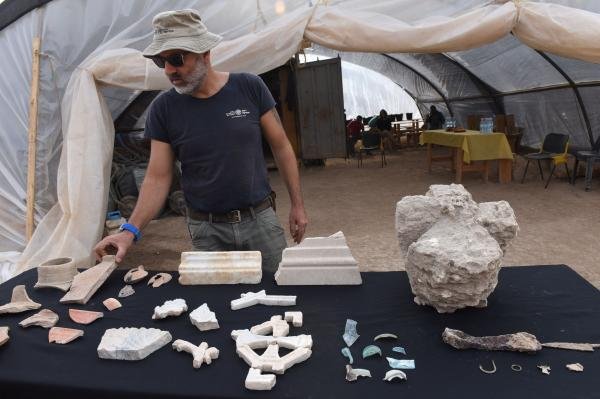 The remains of a 1,500-year-old monastery and church have been unearthed in Israel — a site archaeologists believe may have served as a pilgrimage site in the Judean Shephelah region centuries ago.

The remnants of the monastery is being uncovered and examined in Beit Shemesh by scientists and hundreds of teenage assistants, Israel’s Antiquities Authority said.

“We were surprised by the wonderful state of preservation of the ancient remains, and the richness of the finds being uncovered,” Benyamin Storchan, the authority’s director of the excavations, said. “The artifacts found in the large building, which seems to be a monastic compound, may indicate that the site was important and perhaps a center for ancient pilgrims in the Judean Shephelah region.”

“We already know of a number of ancient churches and monasteries in the Judean Shephelah,” Storchan said. “But this one has outstanding preservation.”

Only a small percentage of the monastery — which was abandoned in the seventh century — has been uncovered so far.

The teen helpers had a rare opportunity to participate in the dig, which has revealed well-preserved mosaic floors and marble artifacts at the site.

“We searched for a way to fundraise for our class trip to Poland, and we decided to take part in the archaeological excavations,” student Hadas Keich, 16, said.

“Little by little we uncovered here exciting finds, which helped to connect us to our country and its history. Amazing what is hidden here beneath our feet.”

US will take names at UN Jerusalem vote