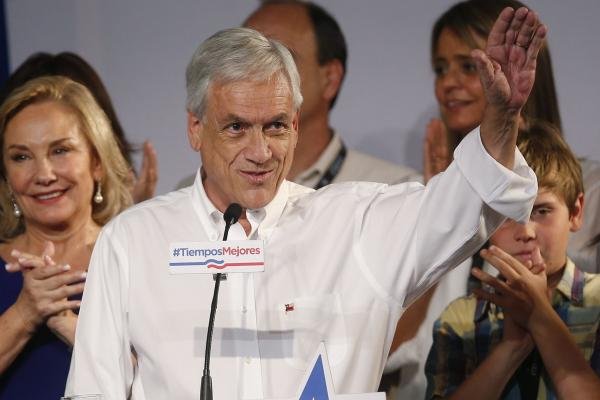 Chile elected former President Sebastian Pinera to a new term in office in the country’s run-off election on Sunday.

Pinera, who served as president from 2010 to 2014, held 54.6 of the vote with 98.4 percent of ballots counted, as his primary opposition, Alejandro Guillier, conceded the race with 45.4 percent of the vote.

“My rival knew how to adopt our flags,” Guillier said. “Chile has changed and that change is forever. But we have to be self-critical; we have received a hard defeat.”

Guillier, a former journalist, was backed by center-left incumbent President Michelle Bachelet and won 22 percent of the vote during the first round of elections in November.

He promised to carry on Bachelet’s policies, but was ultimately defeated by Pinera — a billionaire businessman — and his more conservative, pro-business platform.

Pinera, who was preceded and succeeded by Bachelet, said he will rein in some of her policies, including halting the same-sex marriage bill she introduced in August.

Argentina’s missing submarine: ‘No one will be rescued’