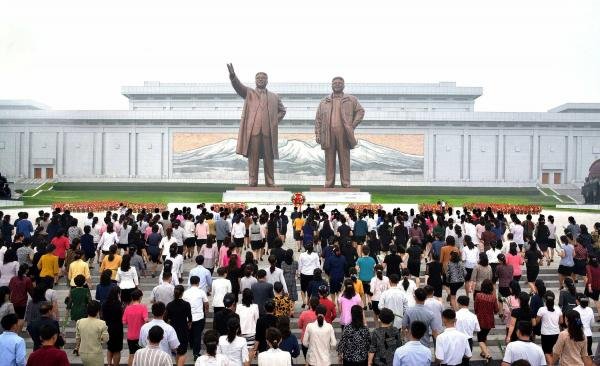 However, after the regime’s third power succession, four nuclear tests and 41 ballistic missile launches were conducted, with the North now claiming to have achieved full nuclear capability.

Kim Jong Un’s overzealous push for nuclear weapons development is seen as a critical means to tighten his power over the regime, according to Lee Ki Dong, Senior Researcher at the Institute for National Security Strategy on Sunday.

The regime’s state-run media attributes every successful test to Kim, lavishly praising his leadership. Also, in a bid to stamp out potential threats posed to his grip on the regime, given his young age and inexperience, Kim has issued executions of high-ranking officials, including his uncle Jang Song Thaek.

On Sunday, Kim Jong Un commemorated the sixth anniversary of his father’s death, according to the North’s state-run media Korean Central News Agency.

KCNA reported Monday that Kim had visited the Kumsusan Palace where Kim Jong Il’s body lies, quoting the young leader as saying he would “fight more unflinchingly” to make the North “independent in politics and self-sufficient in the economy and defense.”

Meanwhile thousands of North Korean citizens marched to Mansu Hill in Pyongyang, bowing to the giant bronze statues of the former leader and his father Kim Il Sung, the founder and so-called “eternal president” of the regime.