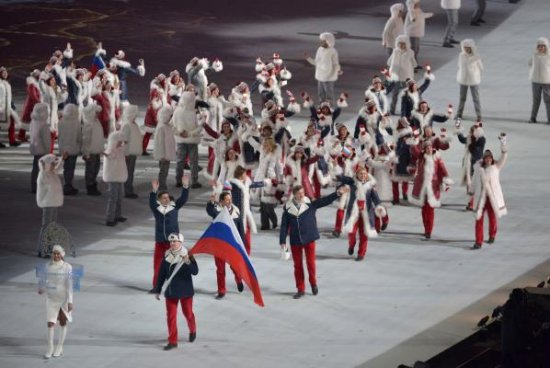 The International Olympic Committee on Tuesday banned the entire Russian Olympic team from the 2018 Winter Games in South Korea, over a doping scandal — with the event two months away.

The IOC made the ruling after a yearlong investigation into systematic doping by Russian athletes. The committee came to the same conclusion as the World Anti-Doping Agency did in July 2016 — that the Russian government operated a doping program during the 2014 Sochi Winter Olympic Games.

“This was an unprecedented attack on the integrity of the Olympic Games and sport. The IOC [executive board], after following due process, has issued proportional sanctions for this systemic manipulation while protecting the clean athletes,” IOC President Thomas Bach said. “This should draw a line under this damaging episode and serve as a catalyst for a more effective anti-doping system led by [the World Anti-Doping Agency.”

The ban does offer a pathway for individual, clean Russian athletes to still participate in the upcoming Games in Pyeongchang, which start Feb. 9.

Athletes may get dispensation to compete by a panel that will consider the athletes’ prior drug testing results. No coaches or medical doctors whose prior athletes have violated anti-doping rules may participate in the 2018 Games.

“As an athlete myself, I feel very sorry for all the clean athletes from all [National Olympic Committees] who are suffering from this manipulation. Working with the IOC Athletes’ Commission, we will now look for opportunities to make up for the moments they have missed on the finish line or on the podium.”

The punishment also prevents Russian officials from participating in official Olympic events, including Minister of Sport Vitaly Mutko and Deputy Minister of Sport Yuri Nagornykh, who are permanently banned from all future events. The IOC also dismissed Dmitry Chernyshenko, former CEO of the Organizing Committee Sochi 2014, from the Coordination Commission Beijing 2022.

Russian Olympic Committee President Alexander Zhukov was suspended as a member of the IOC.

The IOC also ordered the ROC to reimburse the costs of the IOC investigation and to contribute $15 million to the establishment of the Independent Testing Authority.

The Pyeongchang games run through Feb. 25.

Related Topics:2018 OlympicsIOCRussiaSport
Up Next