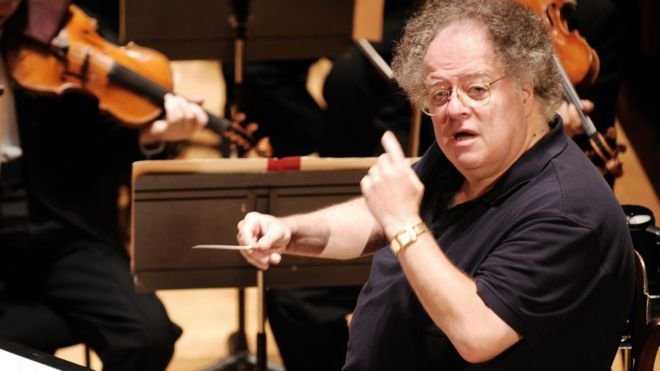 The Met said Mr Levine, 74, would not appear this season and it had appointed a law firm to investigate his actions.

Three men have now accused Mr Levine of abusing them decades ago when they were teenagers.

Mr Levine, who was music director at the Met for 40 years, has not commented publicly on the accusations.

He retired for health reasons in 2016 but has continued to work with the opera as music director emeritus.

The Met announced on Saturday it was investigating a claim based on a 2016 police report in which a man accused Mr Levine of abusing him as a teenager in the 1980s.

Peter Gelb, general manager of the Met, told the New York Times on Sunday that it had decided to suspend its relationship with the conductor and cancel his forthcoming engagements after learning of the accounts of two other men who described similar sexual encounters beginning in the late 1960s.

“While we await the results of the investigation, based on these news reports, the Met has made the decision to act now,” Mr Gelb said in a statement on Twitter, adding: “This is a tragedy for anyone whose life has been affected.”

The Times said the Met had been aware of the police report since last year. However, Mr Levine had denied the accusations and the Met had heard nothing further from police, the newspaper added.

The accusations follow a series of sexual abuse and harassment claims made against high-profile figures in the entertainment industry.

Our statement on James Levine: pic.twitter.com/9iJOY24ysc

An Illinois police report, seen by the New York Times, said one of the alleged victims claimed that the abuse began in 1985 when he was 15 and Mr Levine was 41, and continued until 1993.

During his career Mr Levine has conducted more than 2,500 performances at the Met.

He has struggled with Parkinson’s disease and other health issues and now conducts from a motorised wheelchair.