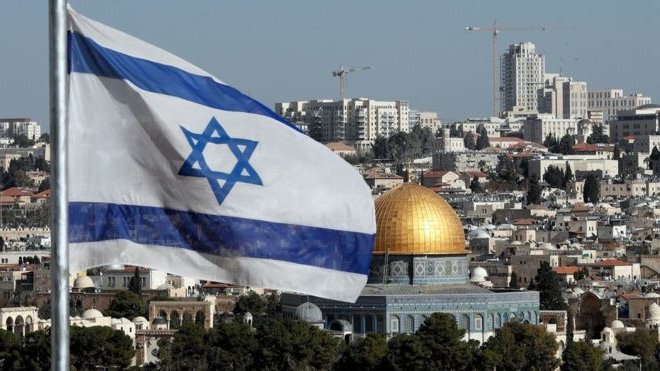 Jordan’s foreign minister has warned the US of “dangerous consequences” if it recognises Jerusalem as the capital of Israel.

Ayman Safadi said he had told US Secretary of State Rex Tillerson such a declaration would trigger great anger in the Arab and Muslim world.

Speculation is mounting that President Donald Trump will announce the move soon, fulfilling an election pledge.

Jared Kushner, Mr Trump’s son-in-law, said no decision had yet been made.

In a tweet, Mr Safadi said: “Spoke with #US Secretary of State Tillerson on dangerous consequences of recognising Jerusalem as capital of Israel. Such a decision would trigger anger across #Arab #Muslim worlds, fuel tension & jeopardise peace efforts.”

There was no public response from the US State Department.

Palestinian President Mahmoud Abbas is trying to rally international support to persuade Mr Trump not to make the announcement.

His office said he made phone calls on Sunday to world leaders including French President Emmanuel Macron and Turkish President Recep Tayyip Erdogan.

He wanted to “explain the dangers of any decision to move the [US] embassy to Jerusalem or recognise (Jerusalem) as Israel’s capital”, Mr Abbas’s adviser Majdi al-Khalidi told the AFP news agency.

Spoke with #US Secretary of State Tillerson on dangerous consequences of recognizing Jerusalem as capital of Israel. Such a decision would trigger anger across #Arab #Muslim worlds, fuel tension & jeopardize peace efforts.

Palestinian leaders have previously warned the move would threaten a two-state solution.

Israel has occupied East Jerusalem since the 1967 Middle East war. It annexed the area in 1980 and sees it as its exclusive domain. Under international law the area is considered to be occupied territory.

Israel is determined that Jerusalem be its eternal, indivisible capital. But Palestinians want East Jerusalem to be the capital of a future state.

Successive US administrations since 1948 have maintained that the status of Jerusalem is to be decided by negotiations and that they would not engage in actions that might be perceived as prejudging the outcome of those negotiations.

During last year’s election campaign, Mr Trump expressed strong support for Israel and promised to order the relocation of the US embassy from Tel Aviv to Jerusalem on his first day in office.

He has since delayed any such decision but speculation has mounted that he may make the declaration in a speech on Wednesday.

Addressing a think-tank in Washington on Sunday, Mr Kushner, a key adviser to Mr Trump, refused to be drawn and said it was up to the president to announce his intention at the appropriate time.

“The president is going to make his decision and he’s still looking at a lot of different facts. When he makes his decision he’ll be the one to want to tell you, not me,” he said.

US Jerusalem recognition kiss of death