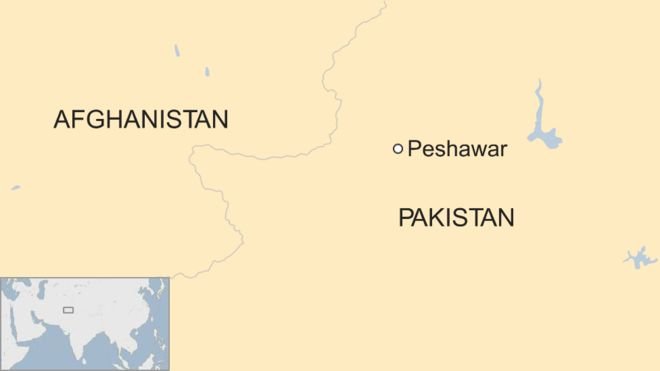 Several people are reported to be injured after gunmen stormed a college in the Pakistani city of Peshawar.

At least two gunmen, reportedly disguised in burkas, arrived in a rickshaw and entered the Peshawar Agriculture Training Institute early on Friday morning.

There is a heavy police presence in the area and the incident is still ongoing, media reports say.

The Pakistani Taliban said it had carried out the attack.

The college is thought to have been closed for Eid celebrations.

At least one attacker has been killed, according to media reports citing the military. There were also reports of at least one blast heard from inside the campus.

“Police and army commandos have cordoned off the campus,” chief of police for Peshawar, Tahir Khan, told Reuters news agency.

Peshawar, close to the Afghan border, has seen some of the worst violence during the Taliban insurgency in recent years.

In 2014 Taliban militants attacked an army-run school in Peshawar, leaving 141 people dead in one of the worst assaults in the country’s recent history.