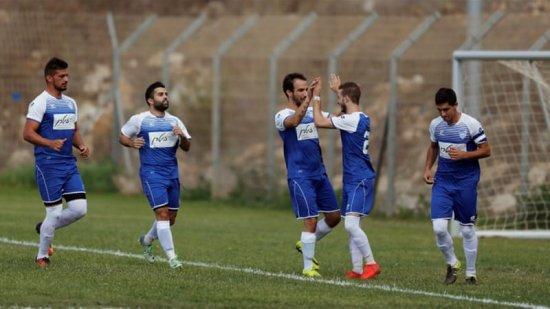 The Court of Arbitration for Sport (CAS) will hear an appeal on Monday against FIFA’s response to a complaint Palestinians lodged against the Israeli football league.

The Palestinian Football Association has long raised objections that Israeli football teams based in West Bank settlements violate FIFA regulations, which prohibit games from being held in a member federation’s territory without its authorisation.

The association is challenging FIFA’s decision not to vote on a proposal it put forward “in which it sought the recognition of its rights to run football activities in accordance with the FIFA statutes“.

The Palestinian association has sought disciplinary steps against the Israeli clubs. The six teams – all members of the Israeli Football Association – are located in the settlements of Ariel, Givat Ze’ev, Oranit, Tomer and Ma’ale Adumim.

In May, the world football body gave its council until March 2018 to examine findings from a monitoring committee established to look into the issue. Then, last month, FIFA announced that it would not take action on the issue of the settlement teams.

In its appeal the Palestinian federation has asked the CAS to revoke FIFA’s decision not to vote on the proposal it put forward and to compel it to do so immediately.

For years, FIFA had tried to resolve the dispute, which stems from the inclusion of Israeli settlement clubs in the country’s football league.

Israel, which argues that Palestinians have “politicised” the sport, says that FIFA statutes do not apply in this case because a final agreement on borders has yet to be made.

“FIFA is sponsoring matches on land stolen from Palestinians,” said Omar Shakir, the Israel and Palestine director at Human Rights Watch. “It is not a matter of politicising the issue. It’s a simple application of FIFA’s internal guidelines as well as its responsibilities under the UN Guiding Principles on Business and Human Rights.”

The principles offer guidance to states and companies to ensure that projects do not involve human rights abuses.

Israeli authorities regularly bar Palestinian team players from travelling abroad for matches, and limit their movement between the occupied West Bank and the Gaza Strip. Hosting friendly games and importing football gear are difficult tasks because of Israeli restrictions.

The Palestinians say they have a contingency plan should the arbitration court rule against them.

“If the CAS does not compel FIFA to respect its own statutes, we will turn to Swiss courts to determine whether FIFA is respecting and abiding by Swiss law,” said Jibril Rajoub, chairman of the Palestinian association.

In May 2015, the Palestinian Football Association withdrew its call to have Israel suspended from FIFA in light of opposition by senior leadership within football’s governing body, which bowed to Israeli lobbying, according to Rajoub.

Iran to widen missile range ‘if threatened by Europe’

80 people killed in Syria in just over 24 hours