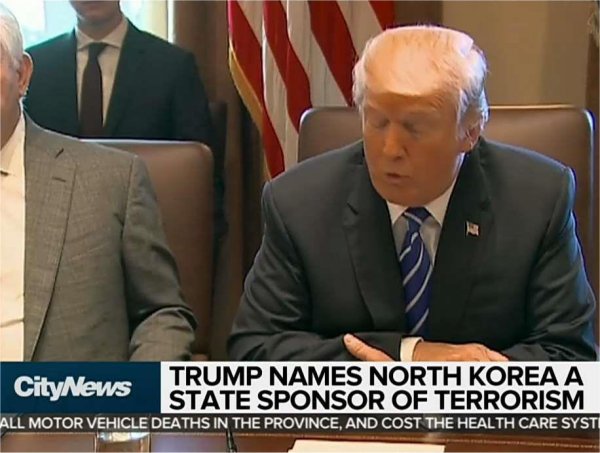 The US President Donald Trump has designated North Korea a state sponsor of terrorism; he also promised more US Treasury sanctions against Pyongyang.

This was reportedly preceded by months of debate within the Trump administration, as some state department officials argued that North Korea did not fit the legal definition of a state sponsor of terrorism.

While Trump promised that there would be new sanctions on Pyongyang, his Secretary of State Rex Tillerson said he did not expect there to be significant new sanctions and that Washington was still committed to a diplomatic solution to the crisis on the Korean Peninsula.