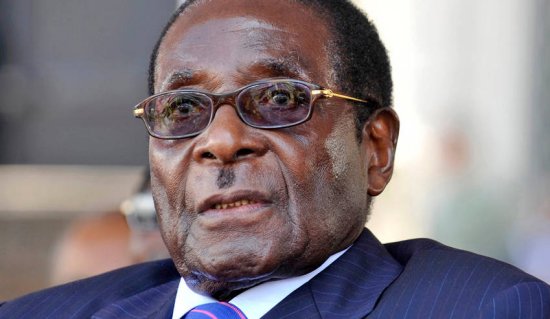 Zimbabwe’s embattled President Robert Mugabe is facing a deadline set by his own party to resign after his surprise speech where he refused to quit.

Zanu-PF, which has stripped Mr Mugabe of the party’s leadership, says it will impeach him if he does not step down by 12:00 local time (10:00 GMT) on Monday.

Proceedings could begin as soon as Tuesday when parliament meets.

Mr Mugabe’s grip on power has weakened since the army intervened on Wednesday, in a row over who should succeed him.

The crisis began two weeks ago when the 93-year-old leader sacked his deputy Emmerson Mnangagwa, angering army commanders who saw it as an attempt to position his wife Grace as next president.

Zimbabwe has since then seen huge street rallies, with demonstrators, including the country’s influential war veterans, demanding his immediate resignation.

During the 20-minute address, the president, who was flanked by military generals, made no mention of the pressure from his party and the public to quit.

Instead, he declared that the military had done nothing wrong by seizing power and placing him under house arrest.

“Whatever the pros and cons of how they [the army] went about their operation, I, as commander-in-chief, do acknowledge their concerns,” he said, in reference to the army’s move last week to take over the state broadcaster in the capital Harare.

He also said “the [Zanu-PF] party congress is due in a few weeks and I will preside over its processes”.

Before Mr Mugabe’s speech, Mr Mnangagwa was named as Zanu-PF’s new leader and candidate for the 2018 general elections, while Mr Mugabe’s wife was expelled.

After Mr Mugabe’s speech, Zanu-PF chief whip Lovemore Matuke was quoted as saying that the resignation ultimatum was unchanged.

He added that impeachment proceedings could be launched on Tuesday in parliament. This would require a two-thirds majority in both chambers.

The opposition MDC-T party has tried unsuccessfully to impeach Mr Mugabe in the past, but this time the ruling party – which has an overwhelming majority in both houses – is likely to go against him.

However, the impeachment process could take weeks.

The War Veterans Association, which used to back Mr Mugabe, now says it is time for him to step down.

“Thirty-seven years, you have had your time, you are toast now politically,” association head Chris Mutsvangwa told the BBC.

“Please give the country a chance, let it move to the next page.”

Opposition leader Morgan Tsvangirai said he was “baffled” by the president’s address.

“He’s playing a game. He has let the whole nation down,” he told Reuters news agency.

Mr Mugabe has led the country since it gained independence from Britain in 1980.

Mugabi could lose presidency in days

Mugabe resisting calls to stand down