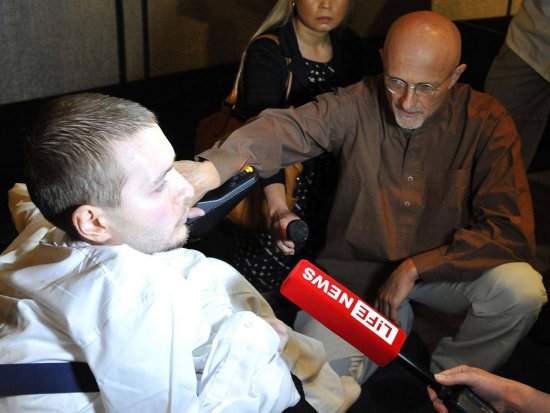 Scientists have successfully performed a head transplant on a corpse, and are ready to do it on a living person, according to the man famous for promising it.

Surgeon Sergio Canavero has become famous for claiming to be working on the first human head transplant. And he says that the successful test shows that his plans will work.

The successful transplant on the corpse shows that his newly developed techniques for re-connecting the spine, nerves and blood vessels to allow the two bodies to live together will work, he said.

He described himself as having “realised the first human head transplant”. That will allow his team to get to work doing the new head transplant “imminently”, he said.

Professor Canavero has gained fame and some notoriety for his controversial claims about the first head transplant. He has signed up his first patient, a Russian man called Valery Spiridinov who will have his head frozen and then grafted onto a new donor body, according to his doctor.

“The first human transplant on human cadavers has been done,” he said. “A full head swap between brain dead organ donors is the next stage.

“And that is the final step for the formal head transplant for a medical condition which is imminent,” he told a conference in Vienna, according to The Telegraph, which first reported the news. The paper claimed that the “world’s first human head transplant” had been “successfully carried out”, though clearly that won’t really have happened until someone undergoes the procedure and survives it.

The surgeon didn’t appear to give any concrete proof for his claim, but said that would be made available in the coming days. “The first human head transplant, in the human mode, has been realised. The paper will be released in a few days. Everyone said it was impossible. But the surgery was successful,” he said, according to The Telegraph.

Professor Canavero has made repeated grand claims about his hopes for the surgery. He has said that it could happen this year, for instance, and that the surgery could even take place in the UK.

His team have made repeated claims for his success, including supposedly having successfully carried out the surgery on both rats and monkeys – as well as now on a human corpse.

But the medical community has looked at the surgery and the spectacle surrounding it with horror. Scientists have warned that the first patient could undergo something “a lot worse than death”, for instance, warning that the patient would undergo horrific suffering as they adjusted to their new body.