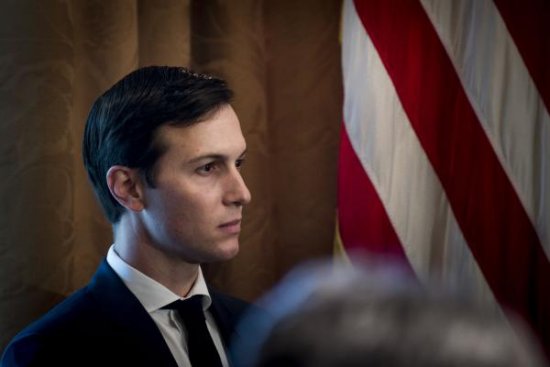 Senate judiciary leaders on Thursday asked senior White House adviser Jared Kushner to provide copies of emails about WikiLeaks and Russia that he previously did not to submit to the committee.

Senate Committee on the Judiciary Chairman Chuck Grassley, R-Iowa, and ranking member Sen. Dianne Feinstein, D-Calif., sent President Donald Trump’s son-in-law a letter saying he should have handed over the documents last month when the panel asked for them.

“We appreciate your voluntary cooperation with the committee’s investigation, but the production appears to have been incomplete,” the letter said.

Grassley and Feinstein said the committee learned of some of the missing emails when they received copies from other people also copied on the communications.

“Other parties have produced September 2016 email communications to Mr. Kushner concerning WikiLeaks, which Mr. Kushner then forwarded to another campaign official,” they wrote. “Such documents should have been produced…but were not.

“Likewise, other parties have produced documents concerning a ‘Russian backdoor overture and dinner invite’ which Mr. Kushner also forwarded. And still others have produced communications with Sergei Millian, copied to Mr. Kushner. Again, these do not appear in Mr. Kushner’s production despite being responsive to the second request. You also have not produced any phone records that we presume exist and would relate to Mr. Kushner’s communications regarding several requests.”

The letter told Kushner to reply with the committee’s request by Nov. 27. He previously submitted documents to the committee on Nov. 3.

The judiciary committee is one of three congressional panels investigating Russian meddling in the 2016 presidential election and whether there was any collusion with the Trump campaign. Kushner spoke with members of the Senate Select Committee on Intelligence and House Intelligence Committee, but not the judiciary committee. The Department of Justice investigation headed by special counsel Robert Mueller also has not spoken with Kushner.