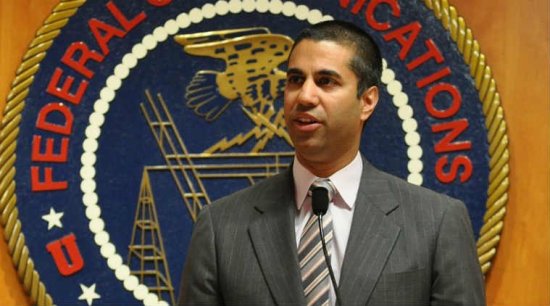 The Federal Communications Commission on Thursday rolled back longstanding limits on local ownership of media outlets, making it easier for TV stations and newspapers to be collectively run.

The FCC voted 3-2 to loosen the limits on local ownership of TV stations, radio stations and newspapers, reversing what FCC Chairman Ajit Pai described as one of its stalest rules.

Some of the revisions included eliminating a rule generally prohibiting a single individual or company that owns a daily newspaper from owning a radio or TV station in the same market and a similar stipulation regarding cross-ownership of radio and TV stations.

A rule known as the “eight-voices test,” which prevented a station owner from purchasing another station if it would leave less than eight independently owned stations in the area, was also repealed, making it easier for a company to own multiple stations in a single market.

The National Association of Broadcasters praised the changes brought on by the Thursday vote.

“These rules are not only irrational in today’s media environment, but they have also weakened the newspaper industry, cost journalism jobs and forced local broadcast stations onto unequal footing with our national pay-TV and radio competitors,” the group said.

Critics of the changes said the decision will leave control of most media in the hands of a small number of companies, including Sinclair Broadcast Group, which could receive help from the new rules in its efforts to merge with Tribune Media.

Commissioner Jessica Rosenworcel, who President Barack Obama appointed, said the FCC “sets its most basic values on fire” by approving the changes “instead of engaging in thoughtful reform.”

“As a result of this decision, wherever you live, the FCC is giving the green light for a single company to own the newspaper and multiple television and radio stations in your community. I am hard pressed to see any commitment to diversity, localism, or competition in that result,” Rosenworcel.