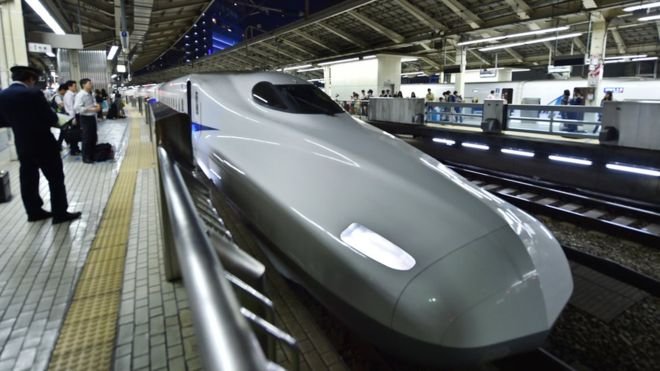 A rail company in Japan has apologized after one of its trains departed 20 seconds early.

Management on the Tsukuba Express line between Tokyo and the city of Tsukuba say they “sincerely apologise for the inconvenience” caused.

Many social media users reacted to the company’s apology with surprise.

Tokyo train company’s apology for 20-second-early departure is one of the best things about Japan https://t.co/chfzE5uZMU

Those who have been on a train in Japan will appreciate this story. Somehow I can’t see it happening over in the UK… https://t.co/eNsDefYhhZ

The mistake happened because staff had not checked the timetable, the company statement said.

It added that no customers had complained about the early departure from Minami Nagareyama Station, which is just north of Tokyo.

The Tsukuba Express line takes passengers from Akihabara in eastern Tokyo to Tsukuba in about 45 minutes.

It is rare for trains in Japan, which has one of the world’s most reliable railways, to depart at a different time to the one scheduled.

The country’s Tokaido line, which runs from Tokyo to the city of Kobe, is by far the world’s busiest and carries nearly 150 million passengers a year.

Don’t think this will be an apology @SW_Railway or any other train company in the UK will ever have to make!https://t.co/TgZfyVFayL

Related Topics:AsiaTokyoTrendingTsukubaTsukuba Express
Up Next