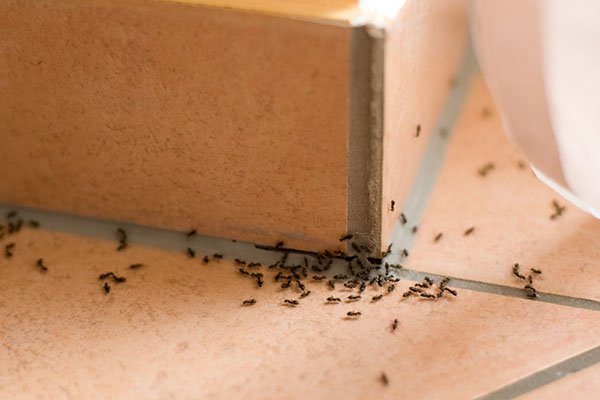 So finds a meticulous new study of the insect life in 50 urban homes in Raleigh, N.C.

One surprise: There was a greater diversity of insect species living in the homes of the affluent compared to those of low-income families, the research showed.

The study, led by Dr. Misha Leong, confirmed that humans’ co-existence with creepy crawlies is complex — and sometimes even beneficial to both parties.

“Even though we like to think of our homes as shielded from the outdoors, wild ecological dramas may be unfolding right beside us as we go about our daily lives,” said Leong, a postdoctoral researcher at the California Academy of Sciences, in San Francisco.

“We’re learning more and more about these sometimes invisible relationships and how the homes we choose for ourselves also foster indoor ecosystems all their own,” she said in an academy news release.

Leong’s team documented the myriad insects living in all rooms of the 50 Raleigh homes. They found a whole world of predators and prey — spiders, beetles, ladybugs, flies and other insects co-existing in biological communities.

And busy “common areas” of a house — living rooms, for example — tended to have a more varied community of critters than bathrooms, bedrooms or kitchens did.

Bugs tend to much prefer ground or basement floors than higher levels, the study found, and carpets are their flooring of choice.

And in what may surprise and dismay avid homemakers, insects don’t much care how much you clean.

With the exception of cellar spiders, tidiness or even the presence of “dust bunnies” didn’t seem to have an impact on the variety of bugs living in these homes, Leong’s group found.

Finally, you can stop blaming your bug problem on Fluffy or Fido: The presence of pets didn’t entice more types of insects into a house, the researchers said.

As they explained, often a house’s ground floor is simply a thoroughfare insects use to get from one spot in the outdoors to another.

“We’re beginning to see how houses can be a passive go-between for insects traveling through the surrounding landscape,” said study senior author Dr. Michelle Trautwein, an insect specialist also at the academy. “The more numerous the entry points of windows and doors, the more diverse the community that thrives inside.”

She added that while people’s typical reaction to a bug in their house is a shriek and an attempt to get the creature out, insects can actually benefit humans in many ways.

“While the idea of uninvited insect roommates sounds unappealing, bugs in houses may contribute to health in a roundabout way,” Trautwein explained.”A growing body of evidence suggests some modern ailments are connected with our lack of exposure to wider biological diversity, particularly microorganisms — and insects may play a role in hosting and spreading that microbial diversity indoors.”