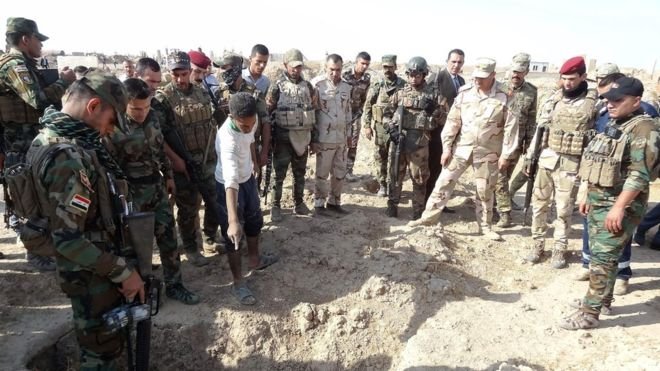 Mass graves containing at least 400 bodies have been found near Hawija, an Iraqi city that was occupied by Islamic State (IS) fighters until last month.

Kirkuk province’s governor, Rakan Said, said they were found at an airbase just outside the city.

Some of the victims were in civilian clothes but others were wearing the jumpsuits that IS used to dress people who were condemned to death.

Mr Said said the base had been “turned into an execution ground”.

Iraqi forces have discovered dozens of mass graves in areas that were once under IS control. Last year the Associated Press published a survey of mass graves that identified 72 sites. They could contain from 5,200 to more than 15,000 bodies, the news agency said.

Since then the military has retaken more ground from IS.

Hawija is 240km (150 miles) north of Baghdad and was retaken last month after being under IS control since 2013.