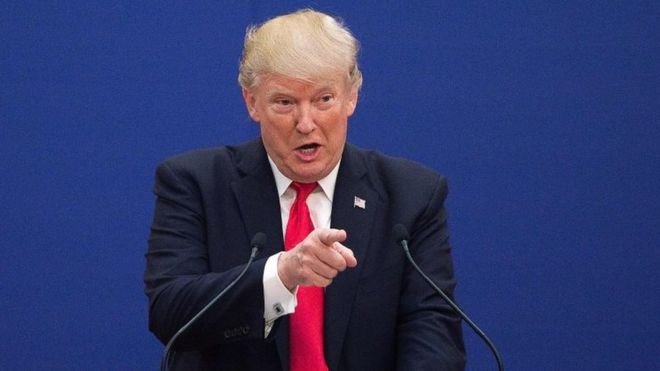 As the Asia-Pacific Economic Co-operation (Apec) summit kicks off in Vietnam, the focus is on US President Donald Trump’s speech later in the day.

Mr Trump is expected to outline the future US role in the region when it comes to trade and growth.

His “America First” slogan and withdrawal from a regional trade deal is seen as move away from free trade.

He has also vowed to correct a huge trade imbalance with China and Japan.

Apec brings together 21 economies from both sides of the Pacific – the equivalent of about 60% of the world’s GDP.

Since taking office, President Trump has pulled the US out of the Trans Pacific Partnership, a major trade deal with 12 Apec member countries, arguing it would hurt US economic interests.

Mr Trump is due make a speech at 06:30 GMT. He will be followed by Chinese President Xi Jinping.

A much awaited meeting between Mr Trump and Russian President Vladimir Putin at the summit in Da Nang is yet to be confirmed.

While discussing China’s huge trade surplus on a state visit in Beijing on Thursday, the US leader surprised many when he said he did “not blame China” for “taking advantage”.

Instead, Mr Trump said previous US administrations were responsible for what he called “a very unfair and one-sided” trade relationship with China.

Deals worth $250bn were also announced, although it was unclear how much of that figure included past agreements or potential future deals. At the same time, US Secretary of State Rex Tillerson told journalists the deals were “pretty small” in terms of tackling the trade imbalance.

Mr Trump has in the past accused China of stealing American jobs and threatened to label it a currency manipulator, though he has since rowed back on such rhetoric.

The total trade relationship between the US and China was worth $648bn last year, but trade was heavily skewed in China’s favour with the US amassing a nearly $310bn deficit.

Before the Beijing talks, Mr Trump in Tokyo lashed out at Japan, saying it “has been winning” on trade in recent decades.

Japanese Prime Minister Shinzo Abe will also be making a speech at the Apec summit. Japan had a $69bn trade surplus with the US in 2016, according to the US Treasury department.

After attending the Apec summit, Mr Trump will pay a state visit to the Vietnamese capital Hanoi.

Earlier this week, Mr Trump also visited South Korea, and will end his 12-day Asian tour in the Philippines on 13 November.

Outcry at Afghan move to ban whatsApp and Telegram