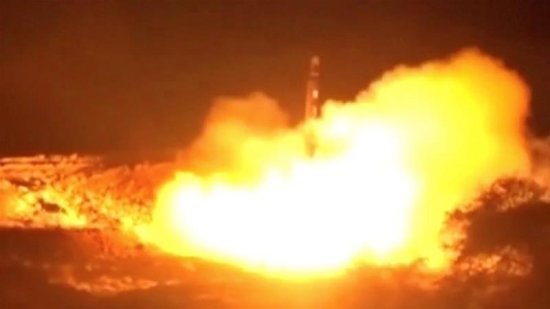 The United States has called on the United Nations to act against Iran after Saudi Arabia, a Washington ally, accused Tehran of “direct military aggression” through the Houthi rebels in Yemen.

Amid an escalating war of words, Saudi Crown Prince Mohammed bin Salman on Tuesday pointed the figure to Iran for supplying a ballistic missile that was fired on Saturday from Houthi-held territory towards Riyadh’s international airport.

Saudi-led forces, which have been fighting the Houthis since March 2015, intercepted and destroyed the weapon before it reached its target.

Iran, which supports the Shia Houthi rebels but denies arming them, has dismissed the Saudi allegation as “contrary to reality”.

Nikki Haley, the US ambassador to the UN, on Tuesday accused Iran of supplying a missile to the Houthis that was fired into Saudi Arabia in July, and also referred to Riyadh’s allegation that the weapon that was shot down over Riyadh on Saturday “may also be of Iranian origin”.

“We encourage the United Nations and international partners to take necessary action to hold the Iranian regime accountable for these violations.”

Tensions between regional rivals Saudi Arabia and Iran have surged in recent days, in a crisis that extends far beyond Yemen: the two countries have supported opposing sides in regional conflicts and disputes, and Riyadh has made clear it wants to curb Tehran’s influence not just in the Arabian Peninsula but across the region.

“Allow me to bring a little bit of wisdom as the European voice in a world that seems to go completely crazy here: It’s dangerous,” she told reporters in Washington.

“We need to calm down the situation. We need to bring down the temperature a bit rather than increasing the level of confrontation.”

Mogherini’s comments came as the Houthis warning that airports in Saudi Arabia and the United Arab Emirates, a Riyadh ally, could be their next firing targets.

A Saudi-led military coalition went to war with the Houthi rebels in March 2015 after they seized the capital, Sanaa.

In the wake of the missile incident, the Saudi-led alliance has intensified its Yemen embargo, announcing the “immediate” closure of all air, land and sea ports of the Arabian Peninsula country.

The decision could further limit access for the delivery of humanitarian aid to Yemen, which imports up to 90 per cent of its daily needs.

On Tuesday, the UN called on the coalition to immediately lift the blockade, describing the current situation in the country as “catastrophic”.

“Humanitarian operations are being blocked as a result of the closure ordered by the Saudi-led coalition,” Jens Laerke, spokesperson for the UN Office for the Coordination of Humanitarian Affairs (OCHA), told reporters in Geneva.

Laerke said the UN has received reports that fuel prices surged by 60 percent overnight and cooking gas up to 100 percent in some parts of Yemen as a result of the blockade.

“Long lines of cars are queuing at gas stations,” he added.

Laerke said humanitarian flights to and from Yemen were put on hold, adding that the Saudi-led coalition had asked UN staffto tell all ships arriving at the sea ports of Hodeidah and Saleef “to leave”.

According to the UN, some seven million people in Yemen are on the brink of famine and were only being kept alive thanks to humanitarian operations.