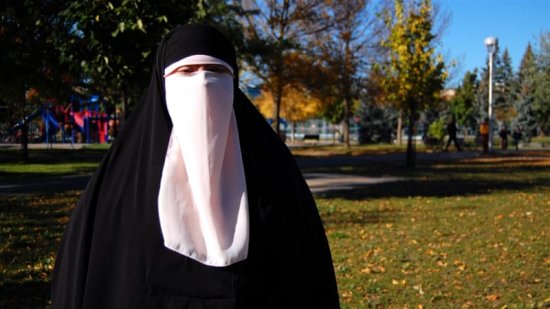 Canadian human rights and civil liberty groups have launched a constitutional challenge of a recent law that bans face coverings in the province of Quebec, a measure they argue violates the rights of Muslim women who wear a full face covering.

The National Council of Canadian Muslims and the Canadian Civil Liberties Association filed a lawsuit in Quebec Superior Court against parts of the law, known as Bill 62, on Tuesday.

The lawsuit is asking the court to order a stay to block the law’s implementation across the province.

Warda Naili, a Muslim woman in Quebec who wears a niqab, a full face covering which usually leaves the area around the eyes uncovered, is named in the legal challenge.

“It’s a big thing. It’s stressful, it’s scary, but at the same time, it’s essential that it gets done because this law must be suspended,” Naili, whose legal name is Marie-Michelle Lacoste, told Al Jazeera over the phone from Montreal.

She said she agreed to put her name forward because Bill 62 is “unconstitutional” and “unacceptable”.

“A lot of women would like to do it, but they’re scared,” Naili said.

Quebec’s Minister of Justice, Stephanie Vallee, defended the law on Tuesday, saying it was “justified in the free and democratic society that is Quebec”.

“The debate will take place in front of the courts,” Vallee told reporters.

Bill 62, which was passed last month in the Quebec legislature, forces public employees to uncover their faces when administering services.

Members of the public are also obliged to uncover their faces to receive services, including in municipalities across the province and on public transportation.

Quebec has justified the law as part of a long-standing effort to enshrine “religious neutrality” into law in the French-speaking province.

Last month, Vallee said the law was about being able to identify people.

“These are common-sense rules that will apply,” she said.

But critics and civil rights groups say it unfairly targets Muslim women who wear the niqab.

“This bill is not neutral whatsoever and it has nothing to do with state religious neutrality,” said Razia Hamidi, the Montreal representative of the National Council of Canadian Muslims.

“They hold these religious beliefs and have the constitutional right to do so,” Hamidi added.

Public protests against Bill 62 have taken place across Montreal in recent weeks, including demonstrators who have taken public transit, or lined up along a popular bus route, while covering their faces.

As it stands, Muslim women will have to unveil their faces when boarding public buses or metros and during the delivery of public services, including during a doctor’s visit or in a classroom.

A few dozen Muslim women are believed to wear a full face veil in the province.

“This bill doesn’t further state neutrality; it undermines it, by targeting some of the most vulnerable,” said Cara Zwible, the acting general counsel at the Canadian Civil Liberties Association, during a press conference on Tuesday morning.

“We believe that people in Canada have basic rights to religious freedom, equality and the liberty to move around society and go about our daily lives without unreasonable and unnecessary intrusions from the state,” Zwible said.

Naili said she hoped the legal challenge would suspend Bill 62’s implementation across the province.

“This law is an injustice,” she said.

“It sends the message to intolerant people that they have a right to be intolerant.”

TPP deal moves forward without US

Latam, Canada FMs urge UN to get involved in Venezuela