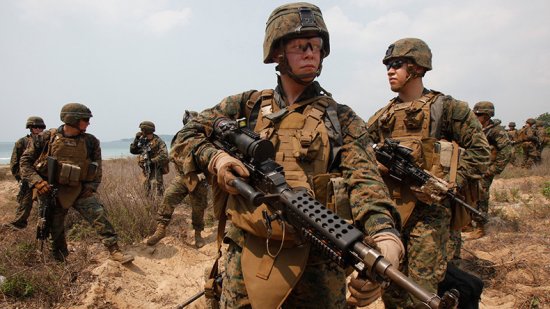 A ground invasion of North Korea is the only way to eliminate its nuclear weapon sites in case of war, while Pyongyang might respond with chemical and biological weapons, a top Pentagon official said in a letter to US lawmakers.
In a document that sheds light on a possible scenario in case of war with North Korea, the Pentagon has offered its vision. Such a conflict could prompt the reclusive state to use chemical (CW) and biological weapons, employing CW agents with the help of conventional munitions, including artillery and ballistic missiles, Rear Admiral Michael J. Dumont, vice director of the Joint Chiefs of Staff, wrote in response to the letter from Representatives Ted Lieu (D-CA) and Ruben Gallego (D-AZ).

The only way to ‘locate and destroy – with complete certainty – all components of North Korea’s nuclear weapons program’ is through a ground invasion,” Dumont wrote.

Even calculating the best- or worst-case casualty estimates is challenging, he added.

Up to 16 shot at Texas church after gunman opens fire