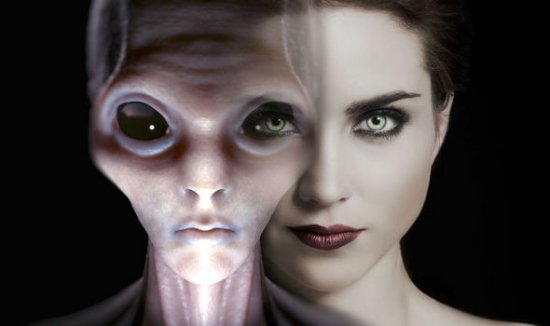 When it comes to aliens it’s hard to hazard an educated guess at what they might look like – given that we haven’t actually proven their existence by finding them – but that hasn’t stopped a group of scientists from Oxford University from having a go.

In a new paper published Wednesday in the International Journal of Astrobiology, a group of scientists from the University of Oxford have a different proposal, however, involving Darwin’s Theory Of Evolution.

“By predicting that aliens have undergone major transitions – which is how complexity has arisen in species on Earth, we can say that there is a level of predictability to evolution that would cause them to look like us,” study author Sam Levin said in a press release.

The team argue that any potential alien brethren of ours could be shaped by the same processes and mechanisms as us puny humans – such as natural selection. The theory supports the argument that alien lifeforms evolve to become stronger, fitter and better adapted over time.

“Making predictions about aliens is hard,” Levin said. “We only have one example of life – life on Earth –  to extrapolate from.”

“Past approaches in the field of astrobiology have been largely mechanistic, taking what we see on Earth, and what we know about chemistry, geology, and physics to make predictions about aliens,” he added.

Levin believes that by using evolutionary theory they will be able to make predictions on what lifeforms, other than carbon-based ones like us, such as silicon-based creatures might look like.

Up to 16 shot at Texas church after gunman opens fire