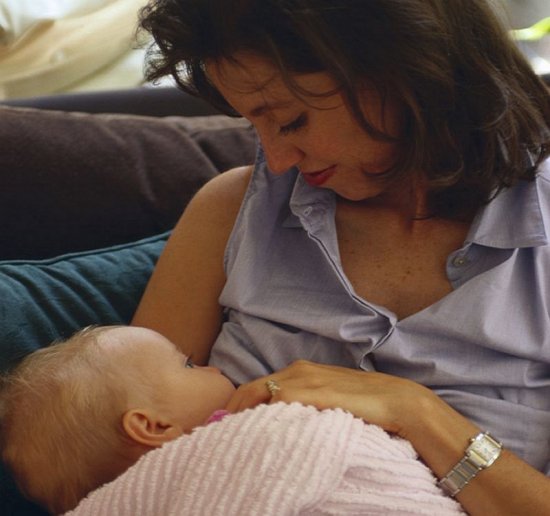 New research confirms that breast-feeding for two to four months of a newborn’s life can significantly reduce the risk of sudden infant death syndrome.

But the study also found moms don’t need to breast-feed exclusively to reap that benefit. Even partial breast-feeding will do, the 20-region study found.

The analysis included research from eight major international studies. The researchers reviewed over 2,200 SIDS case patients and over 6,800 “control” infants. There was great variability in the rates of any breast-feeding and exclusive breast-feeding, the findings showed.

“The peak incidence of SIDS is from two to four months, so this may be the most critical period in terms of the protective effect of breast-feeding,” Thompson said.

For moms who struggle with breast-feeding, this research may provide a great comfort, knowing that some breast milk is better than none, said Dr. Jennifer Kurtz. She is chief of neonatology at Long Island Jewish Forest Hills in New York City.

“A lot of moms really struggle with breast-feeding, and after those first two months they may not be able to exclusively breast-feed,” Kurtz explained.

“Many don’t have great milk supplies to begin with, and as the baby grows they need more milk and the moms aren’t able to keep up with the demand,” she said.

“Or, moms may also struggle if they need to go back to work. For a lot of working women it’s stressful to carry a pump and create a schedule. With some jobs it’s not easy to set aside time to pump, and it really becomes a challenge,” Kurtz added.

It’s still unclear how breast-feeding might offer protective effects against SIDS, but there are several theories, the study authors said.

Some research has indicated that breast-fed infants are more easily aroused from sleep than formula-fed infants, which might help them to wake if they’re having trouble breathing.

Differences have also been found in a mother’s response to her infant’s behavioral cues, depending on feeding mode, which may also affect the baby’s sleep and arousal patterns.

Additionally, research has shown that breast-feeding provides immune benefits that help prevent viral infections. Such infections are associated with an increased risk of SIDS, the study authors said.

Whatever the reason, “this (study) provides very strong evidence of the benefits of breast-feeding in relation to the protective effects with SIDS,” Thompson noted.

“This will hopefully provide more emphasis on public health efforts to increase the initiation and continuation of breast-feeding around the world,” he added.

Both Thompson and Kurtz pointed out that while breast-feeding is preferable for the first four months to help decrease the risk of SIDS, it shouldn’t stop there, if possible.

They advised following the American Academy of Pediatrics’ recommendations that breast-feeding continue for at least 12 months, and thereafter for as long as mother and baby desire.

“Breast-feeding is good for many reasons,” Kurtz said. “You are passing on immunoglobulins for children that help prevent them from getting illnesses, it’s a great bonding experience, and children that are breast-fed are less likely to be obese or get diabetes.”

The study was published online Oct. 30 in the journal Pediatrics.

Learn more about reducing the risk of SIDS from the American Academy of Pediatrics.