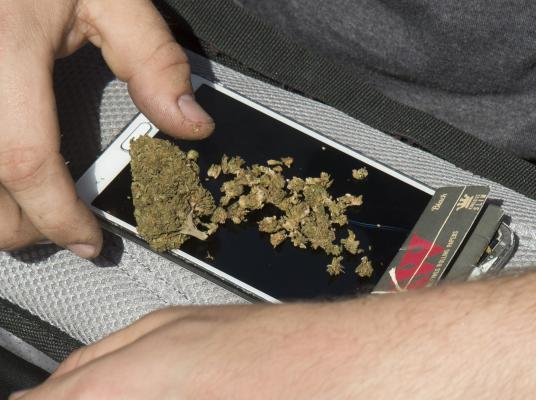 California legalized marijuana, but the taxes could be so high that illegal purchases will be more attractive to buyers, according to a report released Monday.

Global credit ratings firm Fitch Ratings estimates that marijuana taxes in California could reach as high as 45 percent, including state and local taxes. That could put legal sellers at a disadvantage to their illegal competitors.

“High tax rates raise prices in legal markets, reinforcing the price advantage of black markets,” the firm said, according to the Los Angeles Times. “California’s black markets for cannabis were well established long before its voters legalized cannabis in November 2016 and are expected to dominate post-legalization production.”

Californians voted to legalize marijuana for recreational use in November 2016 and licenses to grow and distribute the plant will start being issued on Jan. 1, 2018. The state will charge sales taxes ranging between 22.25 percent and 24.25 percent, including a 15 percent excise tax. Additional taxes will vary at the local level. And farmers will be hit with a tax of $9.25 per ounce of marijuana flowers and $2.75 per ounce of leaves.

Of the five states that currently allow sales of legalized recreational marijuana, only Washington, with a tax of more than 50 percent, have higher rates than what California will have, reported CNN. Colorado and Nevada both have a 36 percent tax, followed by Alaska and Oregon with 20 percent.

“I don’t know who is buying for recreational use at dispensaries unless it’s white, middle-class people and out-of-towners,” Rudy Reddog Balles, a Denver community activist, told the New York Times in 2014, soon after the state enacted legal sales of marijuana. “Everyone I know still has the guy on the street that they hook up with.”

In July, Colorado had received more than $500 million in marijuana tax revenue since legal sales began in 2014.

At least 3 dead in shooting inside Denver Walmart