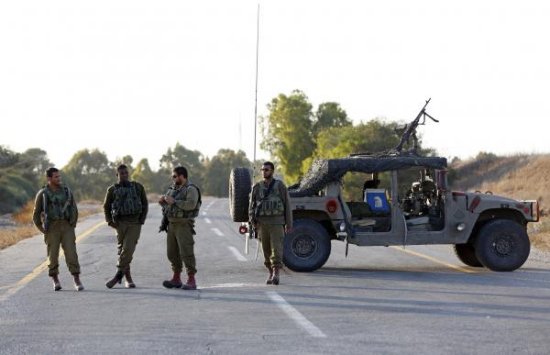 Seven Palestinians died Monday when the Israeli military blew up a tunnel leading into the country from Gaza, Israeli and Palestinian officials said.

Israeli military spokesman Lt. Col. Jonathan Conricus said the tunnel was discovered less than 2 miles from the Israeli village of Kissufim and described it as a “grave and unacceptable violation of Israeli sovereignty.”

Conricus added it seemed the tunnel had been built after the conflict between Israel and Gaza in 2014 and was an “active” construction Israeli forces had been monitoring for some time.

“Those who try to harm us, we harm them,” Israeli Prime Minister Benjamin Netanyahu said. “Today we detected a tunnel and destroyed it and we will continue to do so.”

Daoud Shehab, a spokesman for the Islamic Jihad, said Israel’s bombing of the tunnel was “a terrorist aggression,” adding Palestinian resistance factions retain the right to respond “at the suitable time.”

Japan man held over bodies and severed heads in flat