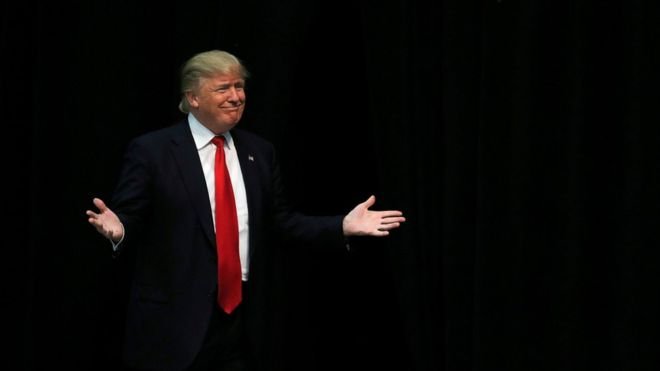 An election campaign adviser to Donald Trump has pleaded guilty to lying to the FBI about the timing of meetings with alleged go-betweens for Russia.

George Papadopoulos admitted the talks happened while he worked for Mr Trump, not before, court papers show.

He said he had been told the Russians possessed “dirt” on Hillary Clinton.

The charges are the first to be brought by Robert Mueller, the special counsel investigating alleged links between Russia and the Trump campaign.

Both sides deny any collusion.

Earlier it emerged that former Trump campaign manager Paul Manafort had been charged with tax fraud in an unrelated case stemming from the Mueller investigation.

The 12 charges brought against Mr Manafort and one of his business associates, Rick Gates, include conspiracy to launder money.

They do not relate to Mr Trump’s campaign but to the pair’s Ukrainian business dealings up to 2015.