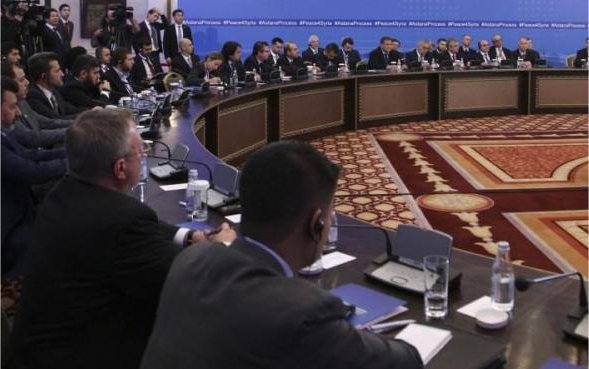 A seventh round of Syrian peace talks has started in Kazakhstan’s capital, Astana.

The Kazakh Foreign Ministry said all participants for the talks had arrived on October 30 for two days of bilateral and multilateral meetings.

Two separate series of peace talks are being conducted in an attempt to end the six-year civil war in Syria. Along with the Astana talks, United Nations-sponsored negotiations are held in Geneva in search of an overall political solution.

The Astana talks — sponsored by Russia, Iran, and Turkey — focus on cease-fire and other battlefield matters.

Representatives of the Syrian government and some rebel groups attend the sessions, and the United States, the United Nations, and Jordan generally send observers.

Japan man held over bodies and severed heads in flat