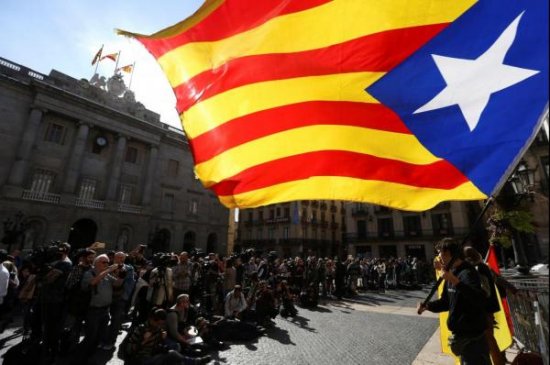 Ousted Catalan President Carles Puigdemont fled to Belgium Monday after Spain’s top prosecutor said charges were coming against him and other pro-independence leaders who were removed from the semi-autonomous region.

Spanish Attorney General José Manuel Maza said Puigdemont and other top officials should be prosecuted for rebellion for leading efforts to secede from Spain — and for misuse of funds.

Although Maza didn’t call for the former leaders’ immediate arrest, he did ask them to appear in court in Madrid in the coming days.

Puigdemont, however traveled to Brussels Monday — a day after Belgian Secretary of State Theo Francken offered him refuge.

Although the offer was later denied by Belgian Prime Minister Charles Michel, Puigdemont left Spain with five of his former ministers.

Maza’s request will be brought to a judge for consideration and a possible trial could lead to a long jail sentence if the former leaders are convicted.

The prosecutor’s remarks came just three days after Catalonia lawmakers declared independence from Spain by a 70-10 vote, prompting the government in Madrid to invoke Article 155 and take over direct rule of the region, which includes Barcelona.

Spanish Prime Minister Mariano Rajoy fired Puigdemont and his cabinet hours later after the Spanish Senate voted to give him powers under Article 155.

The article, known as the “nuclear option,” gives Madrid power to remove all members of Catalonia’s government and hold snap elections to replace parliament members.

Madrid has stood by its claim that the Oct. 1 referendum vote — in which 90 percent of Catalan residents favored independence from Spain — was illegal.