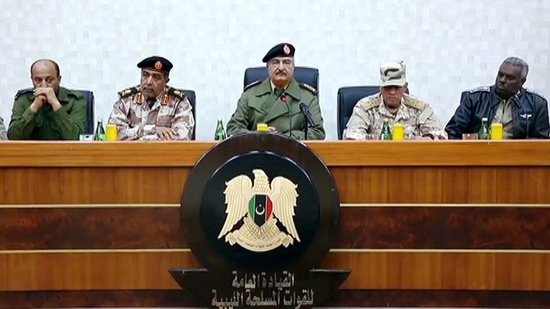 Khalifa Haftar, who controls eastern Libya, has ordered an investigation after 36 unidentified bodies were found in an area to the east of Benghazi. The bodies showed signs of torture and bullet wounds to the head.

Witnesses say the victims were arrested months ago by Haftar’s Libyan National Army. Sources have told Al Jazeera that those who went missing included opponents of Haftar and military dissidents who did not agree with his operations.

The UN mission in Libya condemned the “heinous crime” that resulted in what is described as “the killing” of at least 36 people.

In Tripoli, the internationally recognised Government of National Accord (GNA) echoed the UN mission’s condemnation and called the killings “a horrible act”.

It also said that it would launch an investigation.

Chaos and conflict continue to plague Libya six years after the long-serving leader Muammar Gaddafi was toppled and killed in a NATO-backed uprising.

Haftar’s forces have been accused of committing numerous atrocities since the renegade general launched Operation Dignity in 2014.

At least 5 dead in suicide bombing in Nigeria mosque