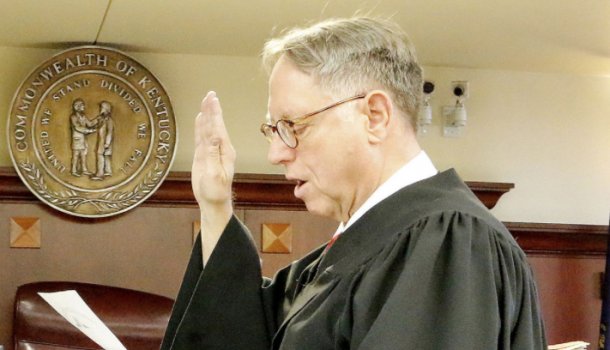 A Kentucky judge who refused to hear adoption cases involving gay parents will resign before the end of the year, amid ethics and misconduct charges.

Judge W. Mitchell Nance garnered national attention in April when he refused to hear adoption cases for gay parents “as a matter of conscience.”

It is legal for gay couples to adopt in Kentucky.

Nance submitted a letter of resignation to Kentucky Gov. Matt Bevin this week, announcing that he will retire on Dec. 16.

In May, the American Civil Liberties Union with Lambda Legal, the Fairness Campaign and University of Louisville law professor Sam Marcosson filed a joint complaint with the commission requesting Nance’s removal.

Last month, the Judicial Conduct Commission notified Nance that he faced charges of violating judicial ethics rules and bias or prejudice based on sexual orientation.

The commission told Nance formal proceedings would be taken against him.

“Judge Nance must have seen the writing on the wall,” Chris Hartman, director of the Fairness Campaign, said. “He had proven he could not deliver the basic impartiality required by his office when it came to LGBTQ people and their families.”

Nance’s attorneys said their client was up against a “unique crisis of conscience.”

Defense attorneys Bryan Beauman and Scott Miller said Nance believes “the divinely created order of nature is that each human being has a male parent and a female parent.”

Mattis says US is not seeking war with North Korea