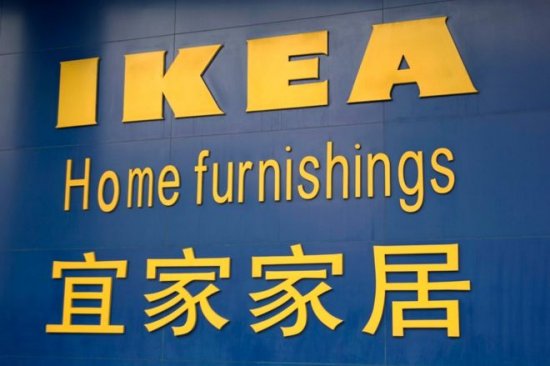 Ikea has apologised and pulled a controversial television advertisement in China which some said was sexist.

The commercial by the Swedish furniture chain shows a mother scolding her daughter for not “bringing home a boyfriend” to meet her parents.

It attracted accusations of insensitivity towards single women.

Unmarried females, colloquially known as “leftover women” in China, have long faced pressure to wed in a society that prioritises marriage.

Though Ikea pulled the 25-second advertisement after the uproar, copies can still be viewed online.

It opens with a tense family dinner scene, where a young woman turns to her mother and says apprehensively, “Mum…”

Her mother plonks down her chopsticks and retorts: “If you don’t bring home a boyfriend next time, then don’t call me Mum!”

A well-dressed young man then appears at the door with a bouquet. The daughter introduces him as her boyfriend to her beaming parents, who whip out Ikea tableware and home decorations.

It ends with the parents happily heaping food into the boyfriend’s rice bowl at the dinner table, while their bewildered daughter looks on.

The ad, which rolled out this week, became an immediate talking point online and in the mainstream media.

Many online said it was sexist. “This discriminates against singles and single women. No boyfriend, so your own family members look down on you, what kind of values does this transmit?” said one Weibo user.

“Even if this sort of situation does happen in a lot of families, it’s not suitable to make advertisements about it, because it’s wrong,” said another Weibo user.

Ikea posted an apology in Chinese and English on its Weibo account on Tuesday, saying it was sorry for “giving the wrong perception”.

“This TV ad tried to show how Ikea can help customers easily and affordably convert a typical living room into a place for celebration. The purpose was to encourage customers to celebrate moments in everyday life,” it said.

It added that the company “encourages people to live many different lifestyles”, and that “gender equality is a fundamental part of the Ikea culture and values”.

Its reply however did little to mollify netizens, some of whom found it ironic that the advertisement came from a Swedish brand.

“It comes from a country that values women’s rights, yet Ikea can actually come up with such an advertisement,” said one commenter.

Another said: “As an international brand Ikea should bring us the best things from the world and benefit China. It shouldn’t be learning bad things from China and spreading them to the world.”

The topic of unmarried women has become more sensitive in recent years, as more Chinese women push back against the traditional notion that they must marry and have children at a young age.

The ruling Chinese Communist Party has urged women to marry early – and a few years ago a government website featured articles about “leftover women” – defined as unmarried females above the age of 27 – until it received several complaints.

Last year a Chinese advertisement by the Japanese skincare brand SK-II addressed the issue of “leftover women” in a campaign to end the stigma, which was received positively in China.

Twitter to offer more transparency about who buys political ads