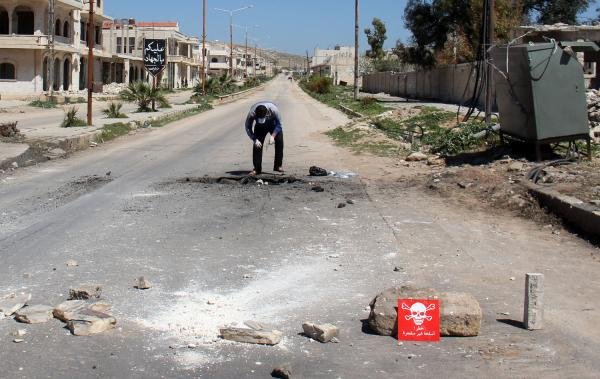 Russia vetoed a United Nations Security Council resolution to extend an investigation into the use of chemical weapons in Syria.

Both Russia and Bolivia voted against the resolution to extend the investigation into an April 4 chemical attack on the town of Khan Sheikhoun in northern Syria.

“The draft resolution was not passed due to a negative vote by one of the permanent members,” U.N. Security Council President Francois Delattre said.

The United States, Britain and other countries condemned Russia’s decision to veto the extension of the inquiry, known as the Joint Investigative Mechanism, which expires Nov. 17.

“By preventing the mandate extension of the gas attacks probe they helped set up, Russia has dealt a huge blow [to] justice in Syria and shown once again their callous disregard for all those who have been killed and injured in these attacks,” Sherine Tadros, head of Amnesty International’s U.N. office in New York, said.

The United Nations and the Organization for the Prohibition of Chemical Weapons is scheduled to release a report attributing blame for the attack by Oct. 26.

Prior to the vote, Russian Permanent Representative to the United Nations Vasily Nebenzya unsuccessfully proposed to have the Security Council vote postponed until Nov. 7, after the contents of the report were released.

“You disrupt the council’s integrity by introducing the resolution now,” he said.

Four countries including China and Bolivia backed Russia’s proposal to delay the vote while Britain, the United States, France and five other nations opposed it.

It was unclear whether other members of the Security Council would seek a second vote, but Michelle J. Sison, the deputy U.S. representative to the United Nations said it was imperative the investigation continue.

“It is not every day that this council considers an issue that is so horrific, so shocking to the conscience as the use of chemical weapons against civilians,” Sison said. “We want to know the truth about these attacks regardless of where it takes us.”