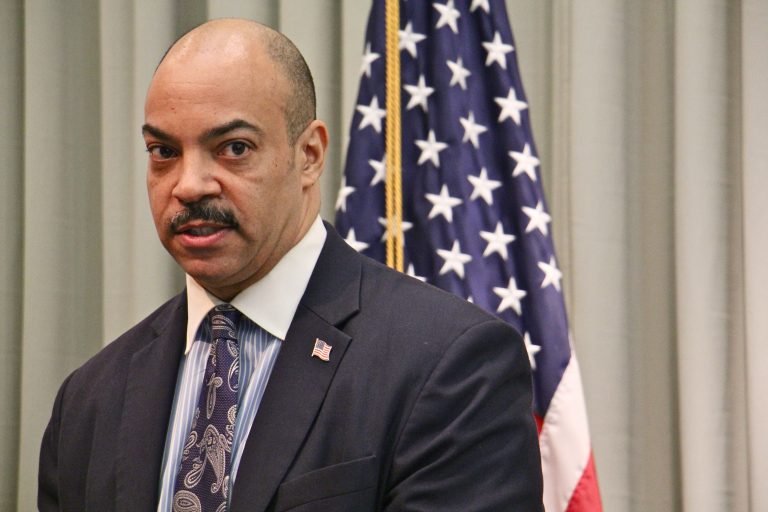 Williams pleaded guilty in the federal corruption case and resigned from office in June. The former official admitted he took tens of thousands of dollars in gifts, defrauded a nursing home and friends of money intended for a family members’s care, and used political funds and government vehicles for his personal benefit.

“Almost from the time you took office, you sold yourself to the parasites you surrounded yourself with,” Diamond said. “You humiliated the men and women of the District Attorney’s Office.”

Williams didn’t directly address the court, but his lawyer read a statement apologizing to his friends, family and the people of Philadelphia.

Williams, 50, had faced nearly 30 corruption charges that could have brought substantial prison time. As a result of his plea, his maximum sentence was reduced to five years.

At trial, prosecutors argued that Williams was motivated to accept graft by mounting financial struggles — although Philadelphia’s district attorney takes a yearly salary of $175,000. In April, the Pennsylvania Supreme Court suspended his license to practice law and the city ethics board fined him nearly $65,000 for unlawfully accepting about $175,000 worth of gifts — actions that became central tenets of the U.S. government’s corruption case against him.

Among the gifts the ethics board said it uncovered were a free roof from a New Jersey contractor and sideline passes to Philadelphia Eagles football games at Lincoln Financial Field.

2 killed at Grambling State University in Louisiana; shooter at large