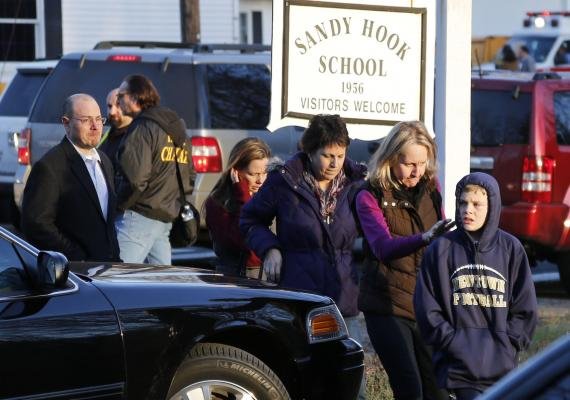 The FBI released more than 1,500 pages of documents Tuesday related to its investigation of Adam Lanza, the man who carried out the 2012 Sandy Hook massacre that killed 20 elementary school children and five adults before turning the gun on himself.

The FBI documents are heavily censored but what is available provides some insight into the 20-year-old recluse who became a mass murderer.

Among the key highlights is an interview FBI agents conducted with a person who communicated often with Lanza online. That person told agents that Lanza had an obsession with other mass shootings, including the 1999 Columbine High School shooting in Colorado, and kept a spreadsheet to document “hundreds of spree killings and mass murders.”

The witness also described Lanza as the “weirdest person online” and said he had serious depression.

“He seemed to wallow in it and ride out the low periods by hiding in his room and sleeping for 12 hours or more at a time,” the witness said, according to investigators. “Lanza seemed to have no friends or people he could turn to for support or assistance and did not appear to have any enjoyment of life.”

Another witness told FBI agents that Lanza had become a “shut in” in the months before the Dec. 14, 2012, shooting and his mother, Nancy Lanza, was more worried than usual about her son’s behavior.

Lanza killed his mother just before going to the elementary school in Newtown, Conn., to carry out his attack.

A witness said Lanza never accepted his diagnosis of Asperger’s Syndrome, a form of autism, and didn’t take medication psychologists had subscribed to him, despite his mother’s insistence.

“Nancy would take care of all of Adam’s needs,” the witness said, according to investigators. “However, she never cleaned his room, nor was allowed in his room. Adam’s room was his personal space that no one else was allowed into.”

A neighbor also told investigators that Nancy Lanza said a government agency — either the FBI or CIA, she couldn’t remember which — had come to the Lanza house in Connecticut after Lanza apparently hacked into a government server. But the FBI said it had no record of such a meeting.