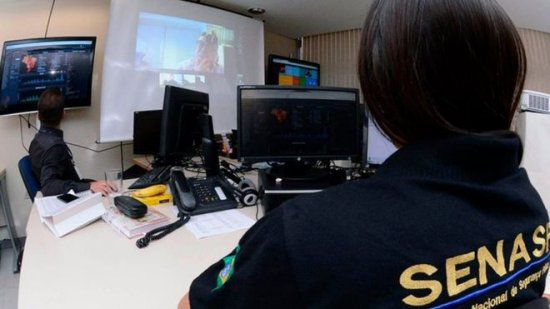 Police in Brazil say they have arrested 108 people in the biggest operation ever against paedophiles in Latin America.

Suspects were arrested in 24 states and the capital, Brasilia.

Justice Minister Torquato Jardim said those detained were part of a ring that shared pornographic images of children through computers and mobile phones.

The operation comes at the end of a six-month investigation, which involved US and European immigration officials.

They were accessed through the dark web, a part of the internet not reached by most search engines.

Among those arrested were retired policemen, civil servants and people in charge of football youth clubs.

“They store their illegal, criminal photos in a computer of someone in another part of the country or even abroad,” he said.

“And often the people storing the content are unaware,” added Mr Jardim.

But after seizing dozens of computers, mobile phones, CDs and hard drives, investigators found out that the criminal group was also producing pornographic material to distribute on the internet.

The files contained disturbing images of babies and young children being abused.

Some of the children and teenagers denounced their own parents or other relatives to officers taking part in the operation.

It is not clear if the paedophile ring operated independently in Brazil or if it was connected with other criminal networks abroad.

US impeding investigation into diplomat attacks