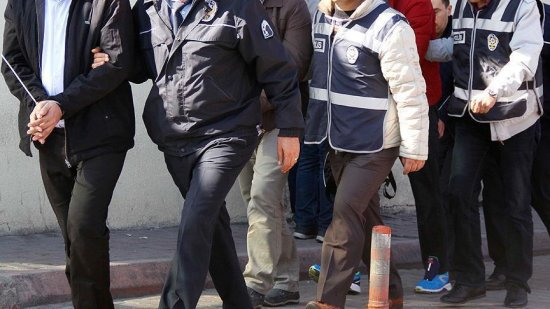 The suspects were accused of using the ByLock smartphone messaging app, an encrypted software used by FETO members before and during a deadly coup attempt last year, said the sources on condition of anonymity due to restrictions on speaking to the media.

The app is believed to have been cracked by Turkish security agencies, allowing them to identify tens of thousands of FETO supporters.

Anadolu Chief Public Prosecutor’s office in Istanbul issued an arrest warrant for 102 suspects under an investigation against the FETO-led Kaynak Holding.

Following the warrant, the security forces launched an operation in 24 provinces and have detained many suspects so far, said the sources.

Another arrest warrant was issued by Ankara Chief Public Prosecutor’s office on Friday against 38 employees of FETO-linked schools and coaching centers, which were closed by government decrees following the defeated coup.

Ankara police also launched an operation in seven provinces and arrested some of the suspects.

Operations are still underway to arrest the remaining suspects, according to the sources.

Meanwhile, the Ankara Public Prosecutor’s office sent a summary of proceedings to the Supreme Court of Appeals against five former members of the Council of Judges and Prosecutors.

Up to 22 years and six months of jail terms were also demanded for the suspects.

Ankara accuses FETO of being behind a long-running campaign to overthrow the state through the infiltration of Turkish institutions, particularly the military, police, and judiciary.

Pope to talk peace on visit to Myanmar in November