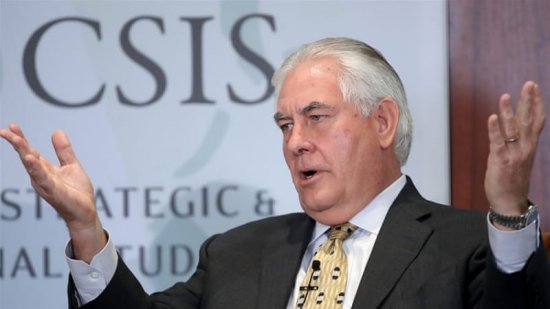 US Secretary of State Rex Tillerson has said he has little hope that the months-long Gulf diplomatic crisis will be resolved soon, blaming the Saudi-led group of countries for lack of progress.

Tillerson made the comments on Thursday, a day before he embarks on a trip to the region in a renewed attempt to mediate the dispute.

“I do not have a lot of expectations for it being resolved anytime soon,” he said in an interview with financial news agency Bloomberg.

“There seems to be a real unwillingness on the part of some of the parties to want to engage.”

On June 5, Saudi Arabia, the United Arab Emirates, Egypt and Bahrain cut diplomatic ties with Qatar and imposed a land, air and sea blockade on their Gulf neighbour, accusing it of financing “terrorism” and maintaining too close of ties to their regional rival, Iran. Doha denies the allegations.

On June 22, the group issued a 13-point list of demands, including the shutdown of Al Jazeera, limiting ties with Iran, and expelling Turkish troops stationed in the country as a prerequisite to lifting the blockade.

Doha rejected all the demands, denouncing them as an attempt to infringe on Qatar’s sovereignty.

The sides have been at an impasse for more than four months, despite efforts by Kuwait and top US officials – including Tillerson, who visited the region again back in July – to mediate the crisis.

“It’s up to the leadership of the quartet when they want to engage with Qatar because Qatar has been very clear – they’re ready to engage,” said Tillerson, who will visit Saudi Arabia on Friday, before heading to Qatar.

“Our role is to try to ensure lines of communication are as open as we can help them be, that messages not be misunderstood,” he added.

“We’re ready to play any role we can to bring them together, but at this point, it really is now up to the leadership of those countries.”

“Gone was that sense of optimism we heard back in July when he made his last visit to the region. Instead, after these months of relative inaction and little progress to show, Tillerson expressed his frustration,” said Zhou-Castro.

In Saudi Arabia’s capital, Riyadh, Tillerson will take part in the inaugural Coordination Council meeting between the governments of Saudi Arabia and Iraq, the State Department said in a statement.

“The Secretary will also meet with various Saudi leaders to discuss the conflict in Yemen, the ongoing Gulf dispute, Iran, and a number of other important regional and bilateral issues,” it added.

Tillerson will then head to Qatar’s capital, Doha, where he will hold talks with Qatari leaders and US military officials on a range of issues, including the Gulf dispute and joint counterterrorism efforts.

After the stops in the Middle East, the top US diplomat will go to Pakistan and India, and then to Switzerland on his way back to the United States.

On Wednesday, Qatari Emir Sheikh Tamim bin Hamad Al Thani reiterated he is “open to dialogue” in resolving the dispute, calling the blockade imposed on Qatar an “unjust siege”.

“We conveyed … that Qatar is ready to conduct a dialogue to solve the problem as we already know that no one will win,” Sheikh Tamim told reporters in Indonesia after meeting President Joko Widodo at the state palace in Bogor, outside the capital, Jakarta.

“We are all brothers and suffering because of this crisis,” he added.

UAE on the verge of splitting Yemen in two