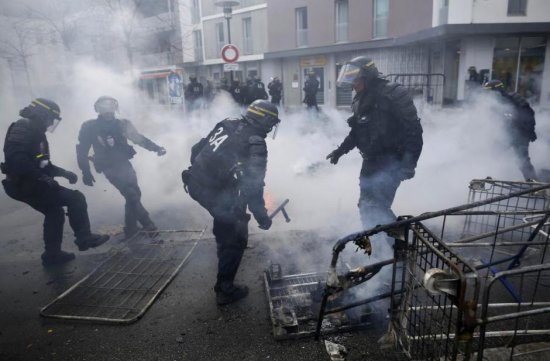 Some 25,000 people turned up in Paris on Thursday to protest a controversial labor reform spearheaded by French President Emmanuel Macron as part of his pro-business program aimed at reducing unemployment.

The overhaul of the employment policy sparked violent protests and nationwide strikes, that saw tens of thousands of people taking to the streets all over France.

The law, adopted in August, gives more negotiating power to corporations, facilitates the firing process and cuts some of workers’ retirement benefits.

Related Topics:EuropeFranceLabor reform in Paris
Up Next