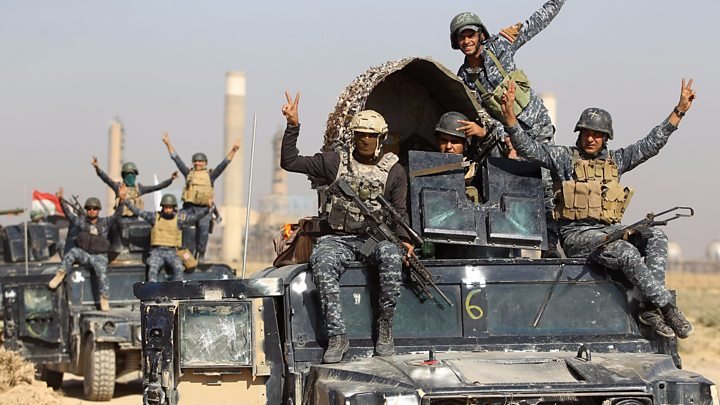 Iraqi government forces have taken control of the two largest oilfields near the disputed city of Kirkuk after Kurdish forces left the area.

A string of oilfields – vital to the Kurdish economy – have been seized by Iraqi troops since Monday.

Troops have taken over sites, including Kirkuk city, in the wake of a Kurdish referendum on independence declared illegitimate by the central government.

Kurdish forces have also left an area on the border with Iran, reports say.

Iraqi troops are also preparing to take control of the Khanaqin area, where a small oilfield is located, security sources were quoted by Reuters news agency as saying.

It comes three weeks after voters in the Kurdish autonomous region and Kurdish-held areas overwhelmingly backed secession from Iraq.

IS ‘capital’ falls to US-backed forces