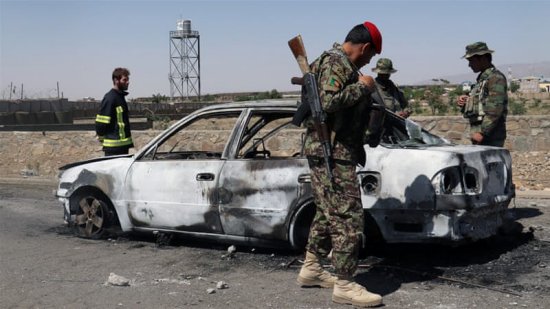 A firefight is under way after suicide bombers and gunmen launched an attack on a police training centre in southeastern Afghanistan, killing at least 15 people and wounding dozens of others.

A reporter at the scene with the local TOLOnews agency said heavy fighting was ongoing on Tuesday.

“At first a suicide bomber detonated a car filled with explosives near the training centre, making way for a number of attackers to start their assault” in Gardez, capital of Paktia province, the interior ministry said in a statement.

The Taliban claimed responsibility for the attack.

“At the moment the area is sealed by the crisis response unit and efforts are ongoing to eliminate the terrorists,” the interior ministry statement added.

A local official said two car bombs blew up near the compound that also houses the provincial headquarters of the national police, border police, and Afghan National Army.