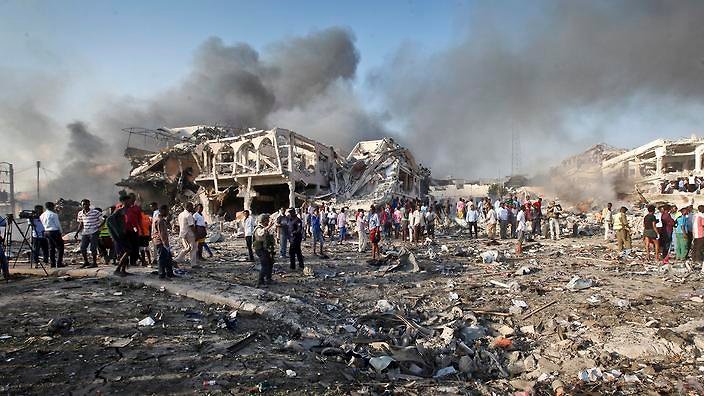 The most powerful bomb blast ever witnessed in Somalia’s capital killed 276 people with around 300 others injured, the country’s information minister said early Monday, making it the deadliest single attack in this Horn of Africa nation.

The toll was expected to rise further.

In a tweet, Abdirahman Osman called the attack “barbaric” and said countries including Turkey and Kenya had already offered to send medical aid.

Hospitals were overwhelmed a day after a truck bomb targeted a crowded street near key government ministries, including foreign affairs.

Related Topics:AfricaMogadishu truck bombing
Up Next