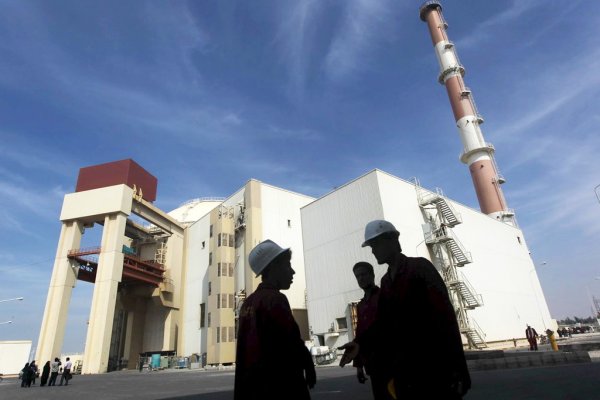 Europe will give fresh backing to the Iran nuclear deal on Monday (Oct 16) after US President Donald Trump threatened to tear it up in a belligerent speech that alarmed allies across the Atlantic.

EU foreign ministers meeting in Luxembourg will add their voices to a chorus of international support for the landmark 2015 accord that saw Teheran abandon its nuclear ambitions in return for the lifting of punishing sanctions.

Trump stopped short of pulling out of the deal in his much anticipated White House speech on Friday, leaving that decision to US lawmakers, but restated his belief the deal was letting Iran off the hook.

A senior EU official said foreign ministers are expected to express their “full support for continued implementation” of the deal negotiated with Iran over 12 years by the US, Britain, France, China, Germany and Russia.

The leaders of France, Britain and Germany delivered a clear rebuke to Trump in a joint statement on Friday which said the deal remained “in our shared national security interest” and urged US lawmakers to think carefully before doing anything to undermine the agreement.

UN inspectors have repeatedly certified that Iran is sticking to its technical requirements under the accord, but Trump insists that what he called the “fanatical regime” in Teheran was not living up to the “spirit” of the deal.

EU officials have been lobbying members of Congress not to turn their backs on the accord, which was endorsed unanimously by the UN Security Council, and on Friday the bloc’s top diplomat Federica Mogherini, touted as a Nobel Peace Prize candidate for her work on the deal, also delivered an angry retort to Trump.

“To my knowledge there’s not one single country in the world that can terminate a UN Security Council resolution that has been adopted, and adopted unanimously, and implemented, and verified,” she said.

“It is clearly not in the hands of any president of any country in the world to terminate an agreement of this sort. The president of the United States has many powers (but) not this one.”

Diplomats say that European powers share some of Trump’s concerns about Iran’s activities not covered by the nuclear deal – notably its ballistic missile programme and involvement in numerous Middle East conflicts including Syria.

But they say these should be dealt with in other forums and warn it would be a calamitous mistake to sacrifice the achievement of the nuclear deal.

“Renegotiation is out of the question. The accord is necessary, important and stops Iran becoming a nuclear power,” one EU diplomat said.

Ditching the deal when Iran has repeatedly been certified as keeping up its end of the bargain would send a signal to other rogue regimes such as North Korea that negotiating with the international community was a waste of time, European officials warn.

Monday’s monthly gathering of the 28 ministers will also approve fresh EU sanctions against Pyongyang over its ballistic and nuclear weapons programmes.

Myanmar will also feature, with ministers set to cut EU ties with the country’s military top brass and warn of possible future sanctions if the Rohingya crisis is not resolved soon.

IS ‘capital’ falls to US-backed forces

Iraqi forces say in control of roads, infrastructure near Kirkuk