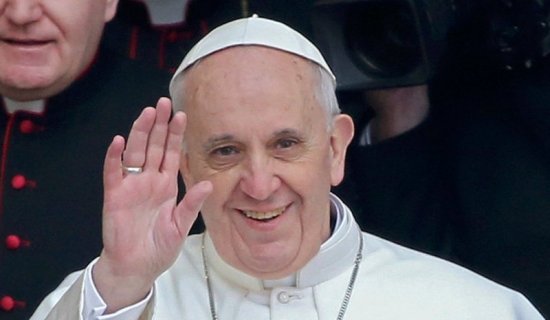 Pope Francis will talk peace on his to visit Myanmar, a Catholic church representative said on Thursday (Oct 12), a potentially highly charged trip during a refugee crisis that has seen 520,000 Rohingya Muslims pushed out of the country.

The late November visit comes as western Rakhine state is devoured by communal violence that has sent unprecedented numbers of Rohingya fleeing into neighbouring Bangladesh.

Myanmar’s army is accused of using a crackdown on militants to expel its Muslim Rohingya population – a persecuted minority the Pope has previously called “brothers and sisters”.

Any comments seen to support the Rohingya could provoke a strong reaction from hardline Buddhist clerics and a Buddhist-majority public aggrieved at global support for the Muslim group.

Myanmar has a small roughly half a million Catholic population, mainly in the remote north. The same goes for Muslim-majority Bangladesh – where the Pope will travel on to

A spokesman for the Catholic Church in Myanmar said it was unclear whether the Pope would address the Rakhine crisis during his Nov 27-30 trip.

“We don’t know yet what will be his speech… but he is coming for the sake of the country and he will be talking about peace,” Father Mariano Soe Naing, a spokesman for the Catholic Bishop’s Conference of Myanmar, said.

“There won’t be any inter-faith meetings because of the lack of time,” he said, although he will meet with the main Buddhist authority.

Some 200,000 people are expected to attend a mass led by Pope Francis in Kyaikkasan Grounds, a stadium in Yangon, he added.

That visit was overshadowed by her country’s treatment of the Rohingya, who are denied citizenship by the state and have previously been displaced in huge numbers by communal violence and army campaigns.

Only weeks before his meeting with Ms Suu Kyi, Pope Francis described the Muslim minority as “brothers and sisters” who were were being tortured and killed for their faith.

He added they were “good and peaceful people who have suffered for years”.

Any repetition of that stance will put Pope Francis at odds with many inside Myanmar, where authorities have denied committing atrocities and tried to cast the Rohingya as the villains.

Buddhist nationalist hardliners have previously vowed to protest the papal visit because of his support for the Muslim group.

This week, Myanmar’s government called for unity with a large inter-faith rally in Yangon, the first since the Rakhine crisis.

According to an itinerary released by the Vatican, Pope Francis will travel to the capital Naypyidaw and the country’s largest city Yangon before heading to Bangladesh – a country that had to absorb the more than 520,000 Rohingya who have fled the Myanmar army’s campaign since Aug 25.

There will be no stops in Rakhine – the epicentre of the unrest – or meetings with Muslim clerics, according to the schedule.