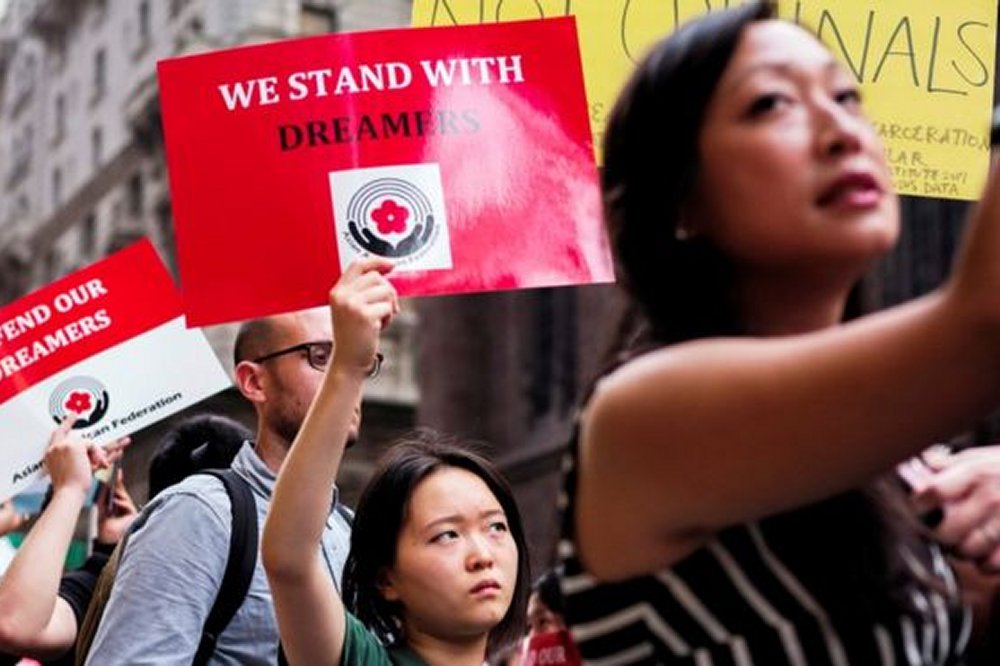 The White House has tied any new deal on young undocumented immigrants to a clampdown on illegal immigration, including a border wall with Mexico.

US President Donald Trump is asking for funding for the wall, speedier deportations and the hiring of thousands of new immigration officials.

Last month he ended the Obama-era “Dreamer” program which had protected some 690,000 immigrants.

Leading Democrats in Congress have rejected the latest proposals.

They accused Mr Trump of backtracking on a commitment not to include the border wall in negotiations over the status of young immigrants, who are mostly from Mexico and other Latin American countries.

The Deferred Action for Childhood Arrivals (Daca) program, set up in 2012 under President Barack Obama, is due to expire in March, casting doubt on the future of those protected.

The list of “principles” delivered by the White House to Congress on Sunday includes:

“These findings outline reforms that must be included as part of any legislation addressing the status of Deferred Action for Childhood Arrivals recipients,” Mr Trump wrote in a letter to Congress accompanying the list.

His legislative affairs director, Marc Short, said the priorities were “essential to mitigate the legal and economic consequences of any grant of status to Daca recipients”.

Last month, Mr Trump told Congress, which is dominated by his Republican party, it had six months to agree new legislation to help the Dreamers.

Who are the Dreamers?

They are young people who were brought to the US illegally as children and as such faced deportation.

Under Mr Obama’s policy, they were able to apply for work and study permits but critics said the scheme amounted to an amnesty for illegal immigrants.

In order to qualify for Daca, applicants under the age of 30 submitted personal information to the Department of Homeland Security.

They had to go through an FBI background check and have a clean criminal background, and either be in education, have recently graduated or have been honorably discharged from the military.

In exchange, the US government agreed to “defer” any action on their immigration status for a period of two years.

What do the Democrats say?

“The administration can’t be serious about compromise or helping the Dreamers if they begin with a list that is anathema to the Dreamers, to the immigrant community and to the vast majority of Americans,” House of Representatives Democratic leader Nancy Pelosi and Senate Democratic leader Chuck Schumer said in a joint statement.

“The list includes the wall, which was explicitly ruled out of the negotiations. If the president was serious about protecting the Dreamers, his staff has not made a good faith effort to do so.”

Mr Schumer and Ms Pelosi said after a meeting with Mr Trump last month that he had told them funding for the wall would not be part of a Daca deal.

However, Mr Trump said later no such commitment had been made, the New York Times reported.

Will the wall actually be built?

It was one of Mr Trump’s most controversial election pledges but debate has raged over how it will be funded.

The US leader insisted Mexico itself should pay but the authorities there have rejected the idea.