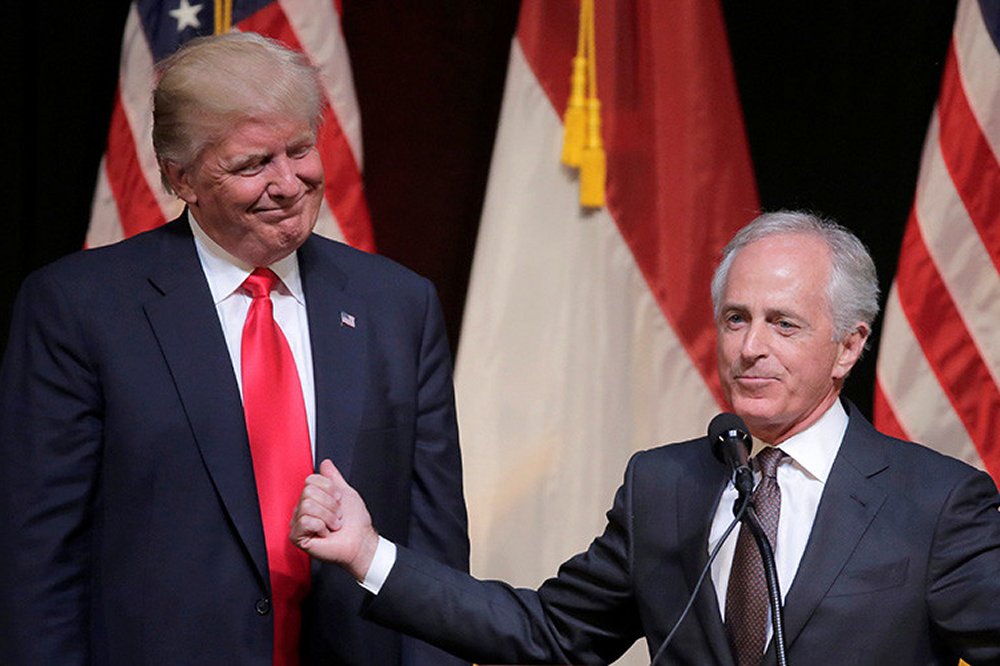 1.0kViews
US President Donald Trump is leading the US towards a third World War, and his governing style is fit more for a reality show than for the White House, Senator Bob Corker (R) said, further fueling the bitter public row between the former allies.

Corker, chairman of the Senate Foreign Relations Committee, expressed serious doubts about Trump’s ability to lead the country in the right direction in an interview with the New York Times on Sunday.

“He concerns me. He would have to concern anyone who cares about our nation,” Corker said of Trump.

He went on to blame Trump, his fellow party member, for treating the job of running the country like a never-ending reality show, saying that  by continually threatening other countries Trump is setting the US “on the path to World War III.”

Corker’s latest remark comes as the two are engaged in a fiery debate, having traded barbs since Sunday morning.

Trump launched a scathing attack on Corker seemingly out of the blue. Trump called out Corker for a lack of leadership skills, and impeding his administration’s policy with his tweets.

“Senator Bob Corker ‘begged’ me to endorse him for re-election in Tennessee. I said ‘NO’ and he dropped out (said he could not win without my endorsement. He also wanted to be Secretary of State, I said ‘NO THANKS,’” Trump said in a series of Tweets, labeling Corker a “negative voice” that “stands in the way” of his administration’s agenda.

He also blamed Corker for being the architect of what he called “the horrendous Iran Deal.”

The Senator, for his part, offered his own version of events, claiming that Trump himself asked him to run for Governor again, vowing support to his candidacy.

“I don’t know why the president tweets out things that are not true,” he riposted.